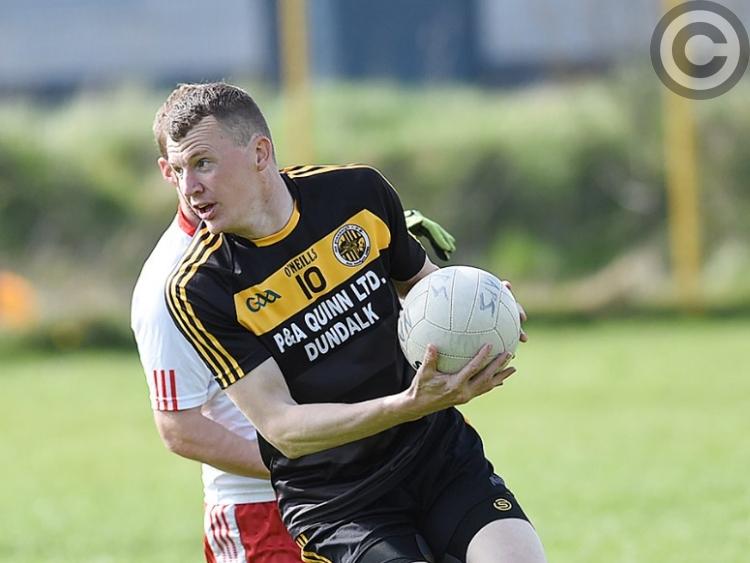 Na Piarsaigh continued their good start to the season with a victory at home to John Mitchel’s on Sunday.

The Dundalk men emerged with 11 points to spare in the end, but it wasn’t until the second half when they played with the wind at their backs that they really got on top.

The Mitchel’s had the advantage of the elements in the opening period and coming up to the short whistle the teams were level at five points apiece, but Na Piarsaigh were awarded a penalty and Mark Larkin made no mistake to put his team 1-5 to 0-5 ahead.

The second half saw the home side add ten points, while they completed the victory with a second goal from Larkin.