Nally fires 2-8 as Blues cruise to victory in Ardee 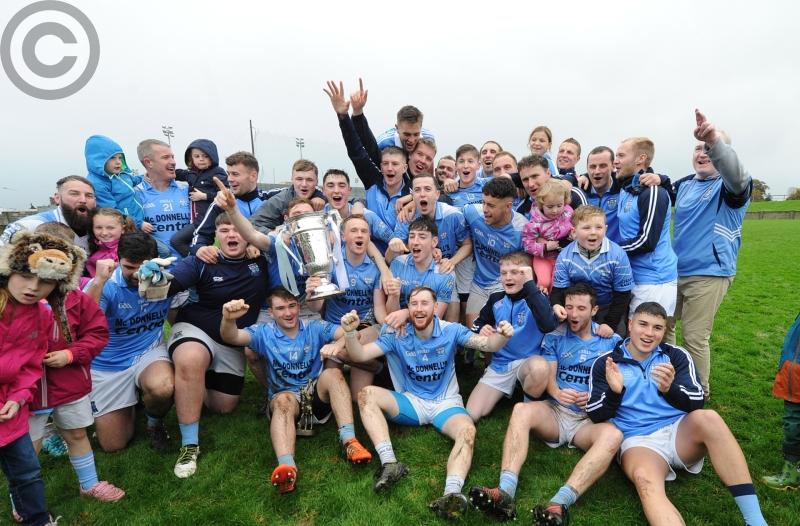 Ross Nally shot 2-8 in a virtuoso display as county champions Newtown Blues cruised to victory over St. Mary's in Ardee on Sunday.

The win, their third on the trot, has the Blues clear at the summit as the only team with a so far unblemished record.

Leading 1-13 to five-points at half-time, the outcome was never in question, even if Liam Jackson gave Seán Barry's side some hope with a penalty conversion in the second half.

The Blues had six points on the board by the time the hosts got off the mark through Darren Clarke, with Nally, Andy McDonnell and Robert Carr finding the target.

Temporarily, the gap was back to three when Dáire McConnon and Kian Moran found their range, but a Nally penalty goal ensured the Louth panellist went to the break with a personal tally of 1-6.

Seven-points was the difference when Nally got his second major, while the final margin reached eight.