The Lilywhites defeated Shamrock Rovers in the final at Dalymount Park 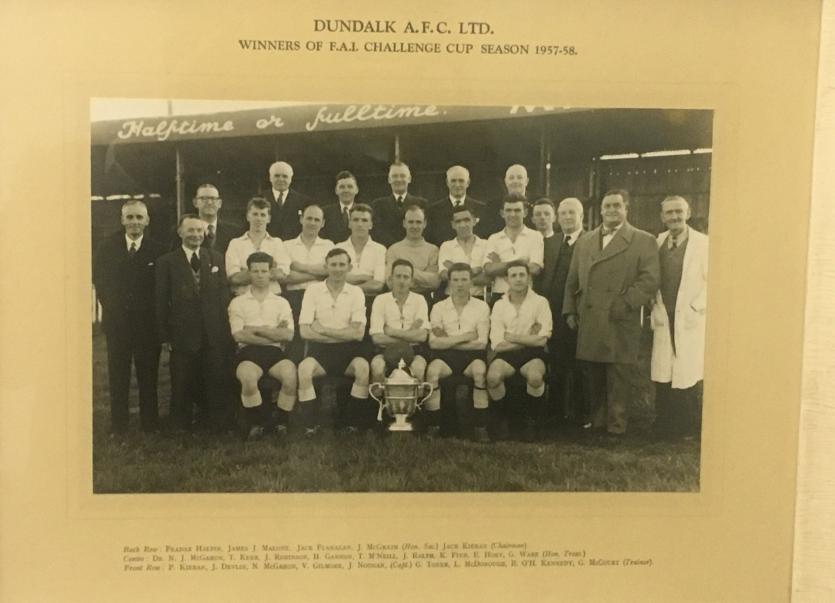 Ironically, Gannon - who joined The Lilywhites from Rovers at the beginning of the season - had to spend the remainder of the second half on the wing with a sponge held to his face after breaking his cheekbone in the process of directing the ball to the net.

Gannon is recorded as rising like a pheasant to nod home the winning goal. Though, as the Dundalk supporters celebrated and players rushed towards the scorer - who lay on the ground - team-mate Gerry Mackey said: "It's alright, Hubie, it's in the net."

Dundalk's fourth national cup success, it was the club's fourth triumph in 16 years. However, they were coming up against a Rovers side who had 13 titles to their name and who had appeared in four of the previous five deciders.

The Lilywhites held something of a hex on the Hoops that year, however, claiming three 1-0 victories in a season fondly remembered by those who were lucky to see it.

Captain Shay Noonan accepted the trophy on the team's behalf, though the match-winner wasn't around to see it having already been on the road to hospital.

Along with winning the Cup, The Lilywhites became the first team since Athlone Town in 1924 to go through an FAI Cup-winning campaign having not conceded a goal. A 1-0 home win over Cork Hibernians - where Gannon scored the goal - in round home, preceded a replay victory over Limerick - with Gannon (2) and Niall McGahon on the scoresheet - before Vincent Gilmore scored the only goal of the semi-final triumph over Shelbourne.

Safety in the league was secured courtesy of an eighth-place finish.

Article Reference: 'The History of Dundalk FC - The first 100 years - By Jim Murphy'