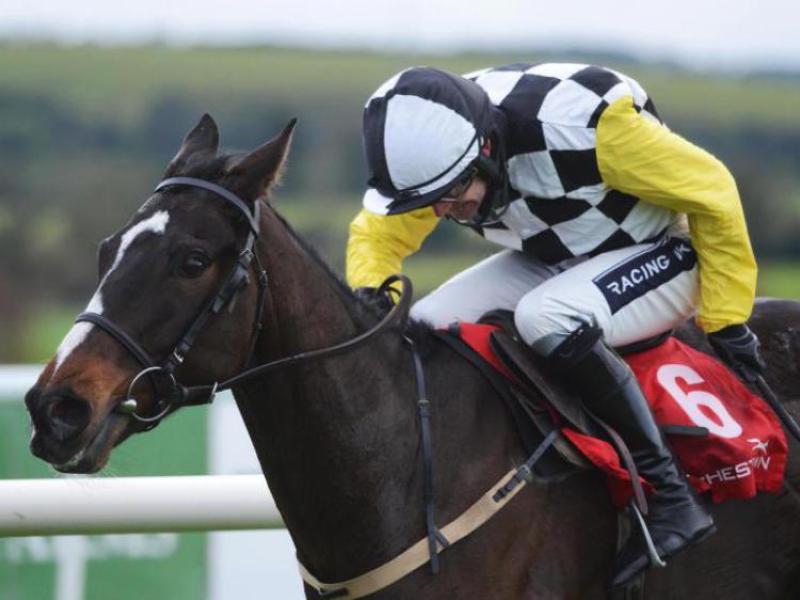 Well, how close was that?

Closer than the finish of the 1983 Epsom Derby, and, if you like, last year's Louth county final.

Hold on till I explain. What we're talking about are contests in which horses - and a certain team that wears blue-and-white - associated with people who have, or had, links with this 'paper.

The story was told here a few times how Carlingford Castle, owned by a former major shareholder in The Democrat, the late Judge Frank Roe, finished second to Teenoso in the biggest of Classics, 35 years ago.

The ownership of the 'paper has changed hands a few times since then, and is now in control of Iconic Newspapers, headed by Malcolm Denmark, who, similar to Judge Roe, likes his horses, and over the years has had some good ones, nearly all of them campaigning over jumps.

He had a major fancy at this year's Cheltenham festival. Next Destination, trained by Willie Mullins, finished third, and there was no disgrace in that. The winner, Samcro, could, they say, become one of this country's best ever, while the runner-up, Black Op, was a game winner at Aintree on Friday last.

The Aintree Grand National is to National Hunt racing what the Epsom Derby is to the Flat, and on Saturday last owner Denmark's yellow-and-green check colours were carried in this year's renewal of the great race.

Pleasant Company, a stable companion of Next Destination, was among the outsiders, the least fancied of the Mullins triumvirate. And, yes - or, oh no, if you backed him - he was the one beaten on the line by Tiger Roll, owned by LOL, Lucky O'Leary, who must have known I had travelled to Liverpool by Easyjet. The drinks were on him on every Ryanair flight home from the races in celebration of his win! (I wonder would he replicate this gesture if his famous maroon colours are carried to victory in the Melbourne Cup)

Pleasant Company's narrow reverse was another Democrat second to go with Carlingford Castle's, and, much as I shouldn't be putting their name out in public after Sunday's Ramparts debacle, Dundalk Gaels finishing second to Newtown Blues last autumn.

I could say watch out for Gaels in the championship, but won't, certainly not after last Sunday. But you could do worse than have a tickle on Next Destination at Punchestown. You're sure to get a better run than The Last Sumari gave us in the National.

*PS: You will have noticed by now that The Democrat has been given a makeover. The very best of luck on all who sail on the good ship, hopefully, for many years to come.