No league wins and no county grounds, Joe Carroll wonders where Louth go from here 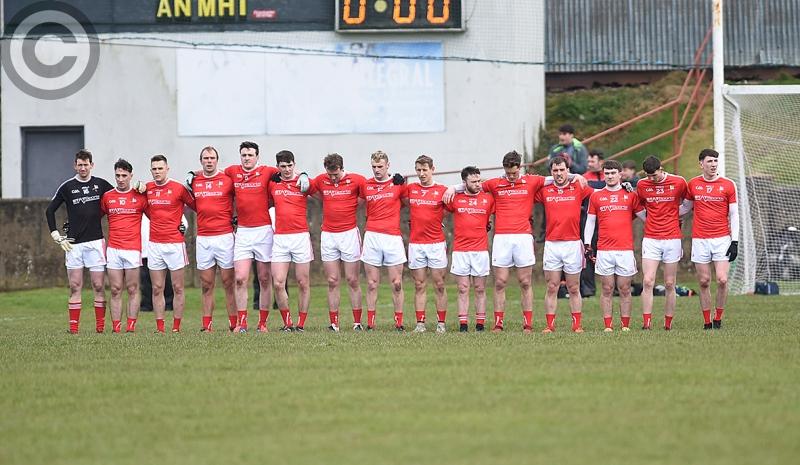 In a week when the Louth County Board had to admit defeat in its attempt to have the Drogheda Gaelic Grounds upgraded to a proper standard, the senior footballers completed their National League Division Two campaign without a win.

How very far all of this is away from the time Dundalk's Athletic Grounds was among the best in the province, a place Louth GAA folk were proud to call their home, and a famous win, the story of which is nowadays getting a regular play on radio, had the county top of the pile. It's just over sixty years, but at this depressing time it seems like an awful lot longer.

Louth is no stranger to a winless league campaign. Four years ago the team managed by Aidan O'Rourke failed to come out on top in any of their seven games, and were relegated to Division Three. However, two of the games ended all-square, though it would have to be said the point dropped in the first of them - against Armagh - probably did more damage than any of the defeats. Louth led by nine points inside the final quarter, but following a series of sideline switches - designed, it seemed, to give subs a run-out - Armagh were allowed back into it, and but for a missed free very late on, would have stolen a win.

Louth were constantly on the move after that, dropping to Division Four the following year, but then recovering to come back up through the ranks, last year's win giving new manager, Pete McGrath, Division Two football to play around with, after he had succeeded Colin Kelly in the autumn.

Having exceeded all expectations by gaining promotion last year before turning in a poor championship campaign, Louth were always going to have it difficult in the league just ended. Aside from having teams of recent-year Division One experience to contend with, a number of regulars retired and others picked up injuries.

As one defeat followed another, whatever confidence a team lacking leadership on the field had began to drain. A win or two would have been welcome; that there were no return is no real surprise.

McGrath has his work cut out as he plans for his second major campaign. The championship tie with Carlow is in six weeks, and aside from getting things better on the field, the Rostrevor man and his crew will want to be satisfied there won't be a repeat of last Saturday.

Showing four changes from the one listed on the programme, the team had back-up from only five subs, one of whom, Seamus Quigley, is the goalkeeper coach. McGrath was clearly dissatisfied with the rate of absenteeism when he spoke after the game. That shouldn't happen at this level of football, he said.

Whether Louth teams ever again play important games at the Gaelic Grounds, or county finals are staged there, remains to be seen. What is certain, it can no longer be called 'the county grounds' following Croke Park's decision not to grant-aid its upgrade.

Having tried, like successive Louth County Boards over the past forty years, to seek vacant possession of the place allowing for badly-needed improvements to be carried out to bring it up to standard, headquarters doesn't want to have anything more to do with the place.

The question that now has to be answered: Where to?