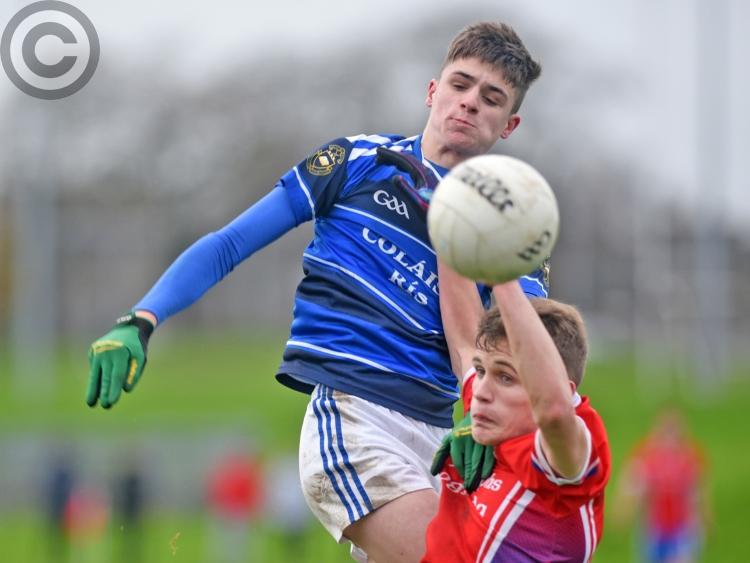 Peter McStravick in action for CBS in the Lennon Cup. (Pic: Ciarán Culligan)

Dundalk Young Irelands secured top spot in Group A of the Kevin Mullen Shield with victory over winless Stabannon Parnells in DkIT on Wednesday night.

A match which was played in terrible weather conditions, held the Irelanders scoreless in the opening half to lead by six points at the interval with midfielder Aonghus Giggins converting half of their tally.

The Irelanders wasted several first-half opportunities, however, with the elements in their favour, they staged a dramatic revival after the break. Shadam Azeez got them on the board on 37 minutes, while efforts from Ciarán Murray, Dermot Mone (2) and Cian O'Nairaigh whittled Parnells' lead down to the minimum.

Irelanders' substitute McStravick put the Dundalk side ahead for the first time just minutes after being introduced with the game's only goal, and the CBS student added to his tally with the final point of the night, following another Azeez minor, to secure the win.