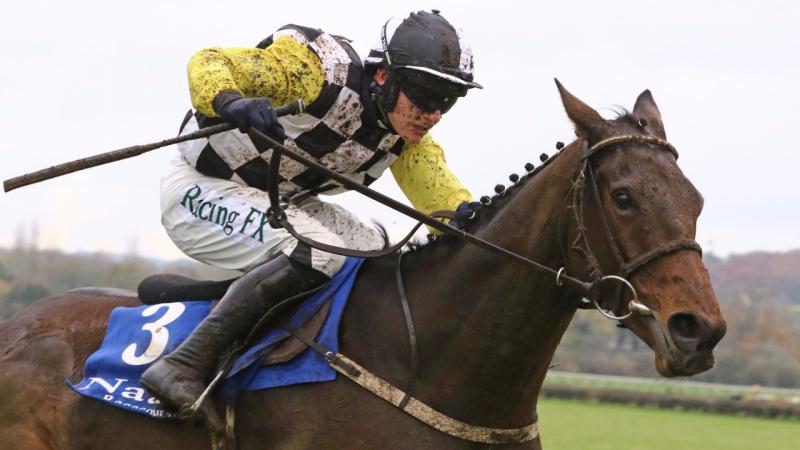 The thought often crossed my mind: Would we on The Democrat staff have come in for a touch had Carlingford Castle won the 1983 Epsom Derby?

Having impressed in the preliminaries, the horse named after one of the Cooley Peninsula's most prominent landmarks – better known as King John's Castle – was a big fancy on the days before the 203rd running of England's premier Classic.

He became an even stronger fancy when the rain began to bucket down on the big day. The pundits' opinion was that the heavy going would be just perfect for the handsome chestnut.

Carlingford Castle was trained on The Curragh by Liam Browne and was the mount of Mick Kinane. What mattered most to us billeted at No 3 Earl Street was, he was owned by Judge Frank Roe, one of the Demo's major shareholders.

Like the Judge's other horses, most of which he trained and rode himself, Carlingford Castle carried the Louth colours, all-red. We were all on for a few quid, including the boss himself, Tom Roe, a cousin of the Judge's whose modest “just in case he wins” bet I was asked to place in Hubert Shields' Park Street office. But we - those of us at the coalface – harboured hopes of a present that would dwarf our return if the Judge's horse crossed the line in front.

Kinane kept his mount prominent position and having successfully negotiated the always-tricky Tattenham Corner, Ireland's champion jockey must have thought he had a real chance of a first-ever win in the big race after turning for home, so well was he going.

But travelling equally well was Teenoso. On the Geoff Wragg-trained 9/2 favourite was the Long Fella himself, Lester Piggott, who, with eight wins to his credit, had a better Derby record than any of the other jockeys in the race. Teenoso made it nine.

Carlingford Castle ran a fine race to finish second, leaving us to collect meagre each-way money and wonder what might have been had the first two positions reversed. We wouldn't have said no had a wee bit of the Epsom place money been in our wages the following Friday, but we were agreed it would be expecting too much for that to happen.

The Democrat was sold in 2000, and by coincidence, the chairman of the purchasing Leinster Leader company had a strong racing connection. Its chairman, John McStay, for many years a prominent member of the Irish Turf Club, is currently on the committee overseeing the major development at The Curragh racecourse.

Johnston Press succeeded the Leinster Leader as Demo owners, and the Scottish-based group has since sold it on to Iconic Newspapers. So what has all this to do with a story appearing on the sports pages?

Well, it so happens the Iconic Newspapers boss, Malcolm Denmark, is a racehorse owner, and this week hopes to see one of the best horses he's had in recent years, Next Destination, triumph at Cheltenham.

The chances are good. For starters, the 6-year-old hurdler is trained by many times Irish champion, Willie Mullins, and will have the fit-again Ruby Walsh on his back. There couldn't be a better combination. Mullins has been top trainer at the meeting on a number of occasions and no other jockey has ridden more winners there than Walsh.

But aside from the strong team behind him, Next Destination is a precocious sort, having shown excellent form in his fledgeling career. He's contested three hurdles and won them all, two at Naas the other at Navan. Two of the big novices hurdles are earmarked for him this week, the Ballymore tomorrow and the Alfred Bartlett on Friday.

Whichever he contests, Next Destination won't be fancy odds. But that is unlikely to concern the present crop of permanent Democrat workers – none of them that I know of is familiar with the inside of a bookies' and lucky for them.

That said, should the famous yellow and black checked Denmark colours be carried to victory on the Cotswolds they won't ask any questions if their next pay packet is a little thicker than usual.