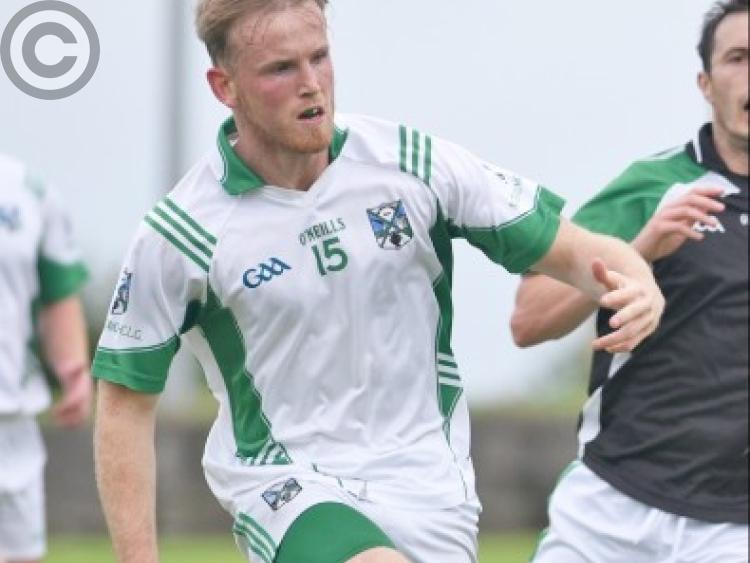 Geraldines struck late through Glen Trainor to rescue a draw against St. Mochta’s at Haggardstown on Friday night.

The visitors appeared to be on course for victory when three goals in quick succession from Stephen McCooey (2) and Nicky Browne saw them take the lead entering the closing stages. However, the Gers were not to be denied and hit back to claim a share of the spoils.

The early exchanges suggested that the Gers were on course for a comfortable victory as they built up an advantage. They a goal when the ball was diverted into the net by a Mochta’s defender as they went 1-3 to no score in front with Des Reenan among the points.

The Mochta’s responded well and a goal from Darren McMahon saw them cut the gap to 1-4 to 1-2 at half-time.
Points from Stephen Reidy and Glen Trainor helped extend the gap to five points but the game was turned on its head when McCooey and Browne fired in the goals.

It looked as if those scores would settle the issue but the Gers summoned a response and claimed a draw thanks to a Matthew Corcoran goal before Trainor fired over the final point of the night.