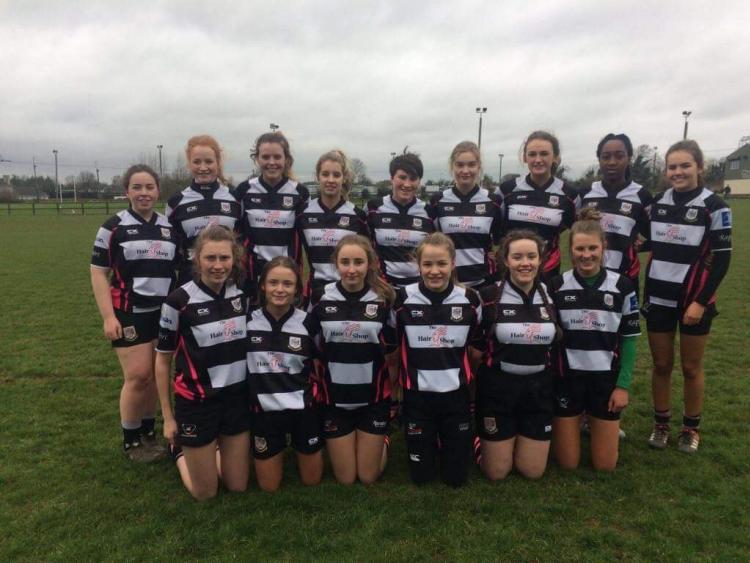 After a pre-Christmas qualification tournament, Dundalk RFC U18 girls kicked off their first match in Division One last Saturday away to Clane RFC.

Having met earlier in the season and coming off on the wrong side of an enthralling, but bruising, encounter, and 5-0 defeat, Dundalk were heading back looking to reverse that statistic.

Dundalk started the strongest and spent the first-quarter on the attack, however, Clane held out and, in the second-quarter, they broke the Dundalk rear-guard to score out wide.

Trailing 5-0 at half-time, Dundalk started the second-half well, but a Clane breakaway from their own 22 saw the visitors lose crucial territory before they made it across the whitewash.

Dundalk's dogged defence kept out Clane for the remainder of the match and, with this defensive solidity, they set about making progress at the other end. Caoimhe O'Callaghan and Aoife McGeough made it across the tryline, only to be held-up. However, the Dundalk girls finally made their pressure count as Meadhbh O'Callaghan crashed over in the corner.

The visitors kept applying pressure to Clane's line in search for a levelling try, however, the hosts held out as Dundalk, despite an excellent showing, came up short; 10-5

The girls will be back training this week in preparation for their home match against Enniscorthy on Saturday next.