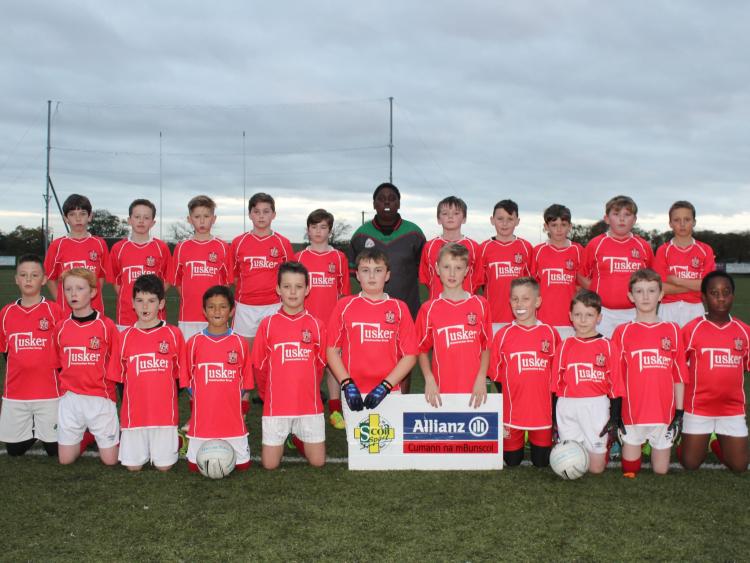 The first set of Allianz Cumann na mBunscol finals in the school calendar took place before and after the Halloween break recently with schools from all over the county battling to take silverware back to their school  - some for the first time in their history.

On the Thursday before the midterm break, Darver was the venue for the boy’s urban finals. First up in the Corn Sheamais Ó Maoltuile two Dundalk school faced off as the C.B.S took on Realt na Mara. The more experienced C.B.S. team got off to the better start and looked like they would take a stranglehold of the game scoring early and dominating possession, but a couple of skilful moves culminating in quick-fire goals gave the Realt na Mara boys the impetus to wrestle control. Although the C.B.S. continued to dominate periods of play, their inability to find the net as easily as Realt na Mara proved their downfall as the school from Mill Street defeated their near neighbours. 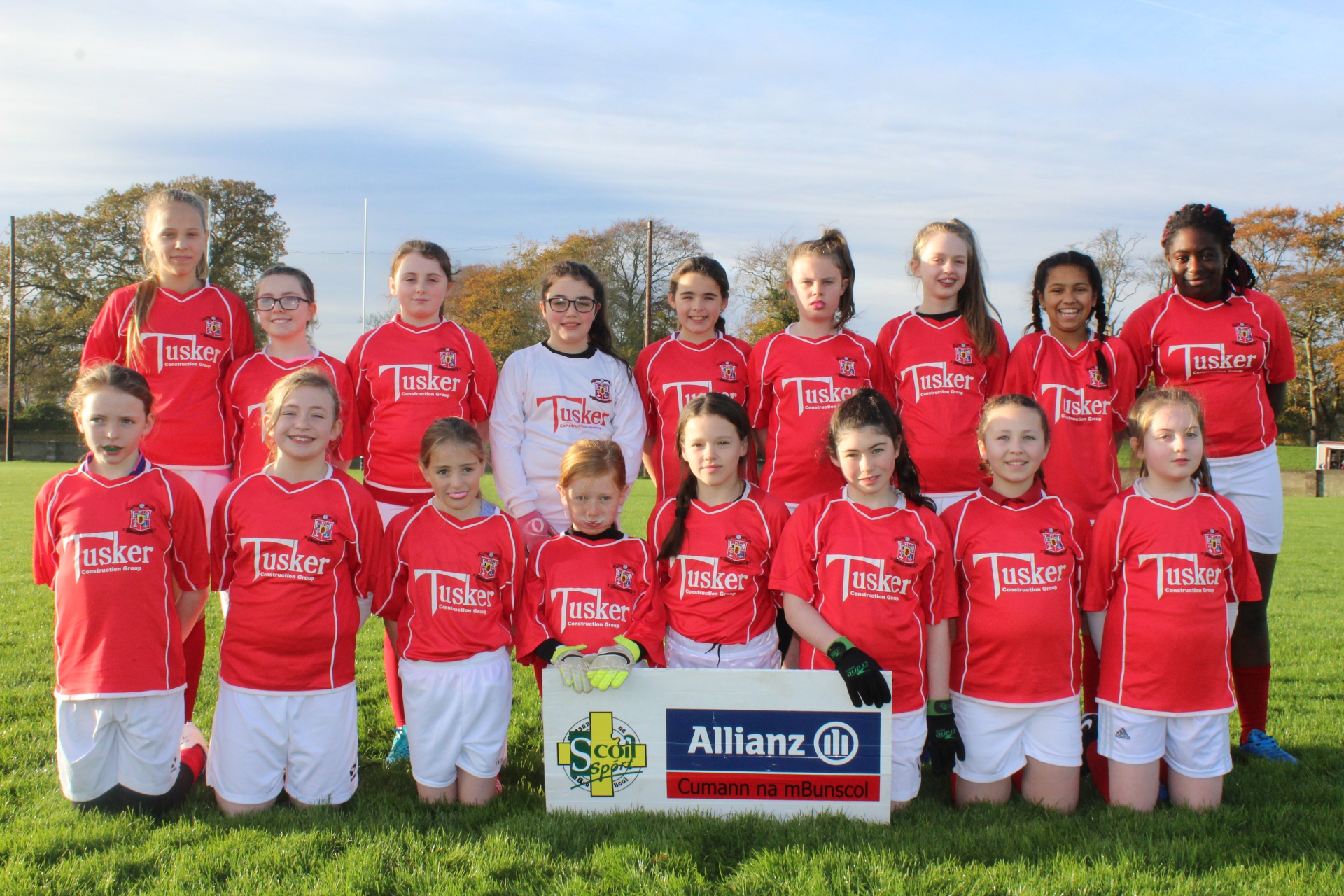 In the second final of the night, St. Mary’s PPS, Drogheda faced reigning champions Monastery, Ardee in Corn Mhic Ardail. Last year’s dominant Ardee side had retained many of their team from last year and seemed firm favourites to retain their title, but a strong St. Mary’s side had other notions. In a very keenly contested, physical encounter the teams matched each other score for score and with minutes remaining Ardee’s one-point advantage was always precarious, but try as they might, St. Mary’s could not breach their opponent’s stubborn defence and so the trophy returned to Ardee. 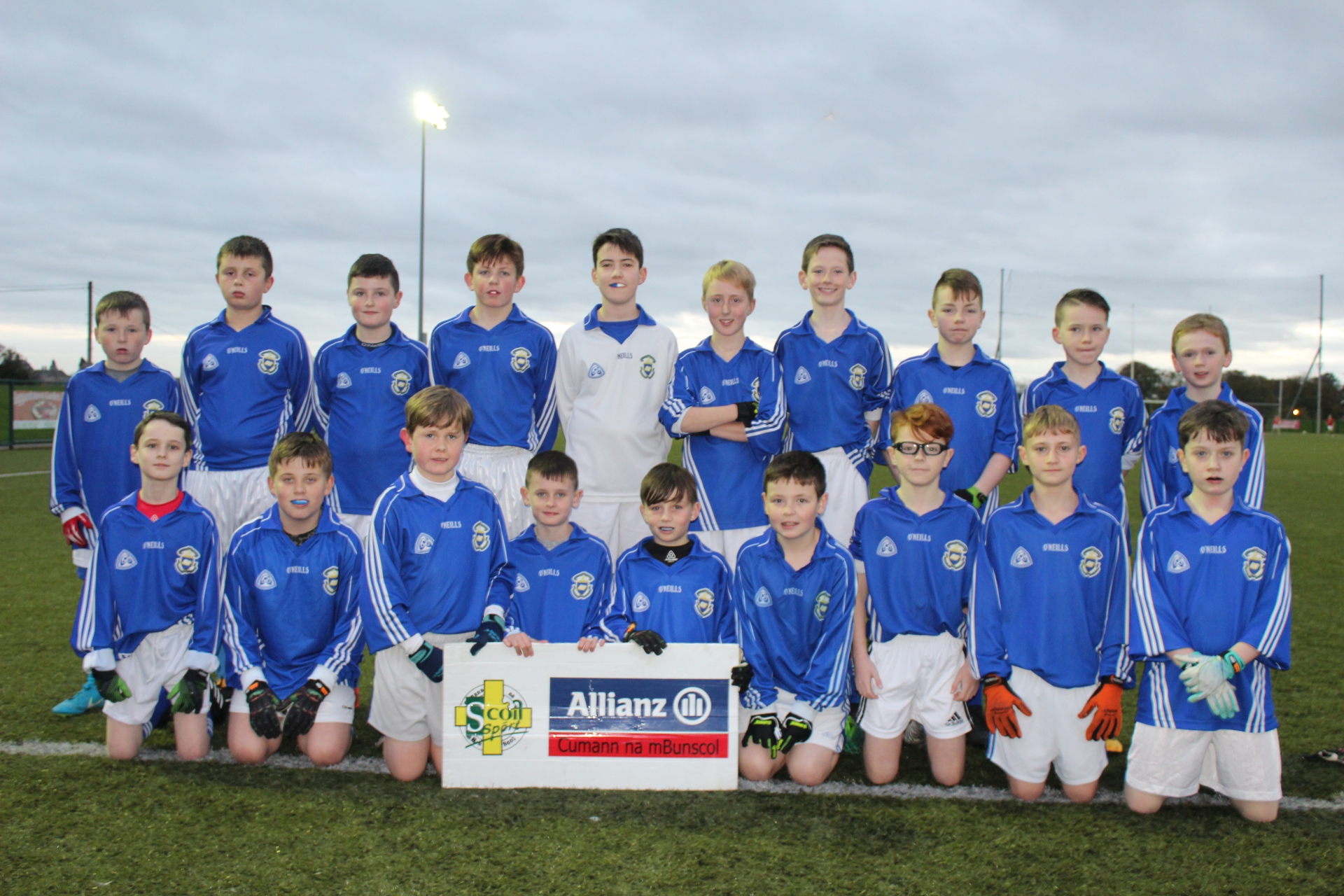 The Grove field Castlebellingham was basked in sunlight on the first Saturday after the midterm break as it hosted four finals with eight schools in attendance. In the first game, the girls of Realt na Mara hoped to emulate the boys from their school and take home Corn Orel. In their way stood Presentation NS from Drogheda. Despite a brave effort from the Dundalk team, the girls from Presentation lifted the trophy for the first time in the school’s history. 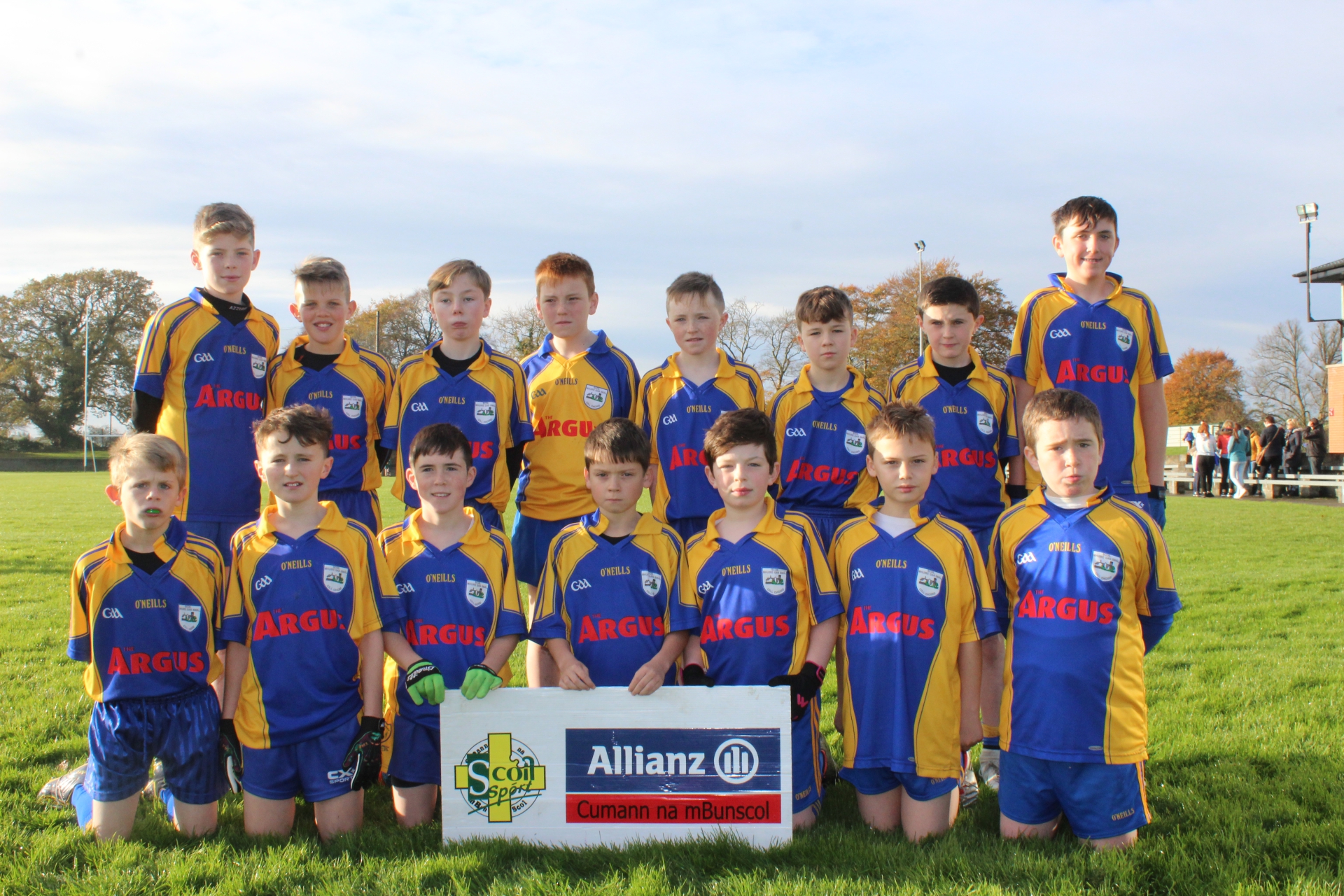 The boys from Harestown NS were attempting to retain the Sciath Mhic Raoise when they played Kilkerley NS. Great skills were on display from both sides as the holders proved that goals win games firing in six in total while try as they might, Kilkerley could not beat the inspired Harestown net minder.

For the first time the girls of Collon NS found themselves in the Corn Setanta final. Last year’s beaten finalists, Dromiskin stood in their way to cap a memorable campaign, but the experience of last year was invaluable to the girls from St. Peter’s NS as they took the trophy home to Dromiskin in dominant fashion. 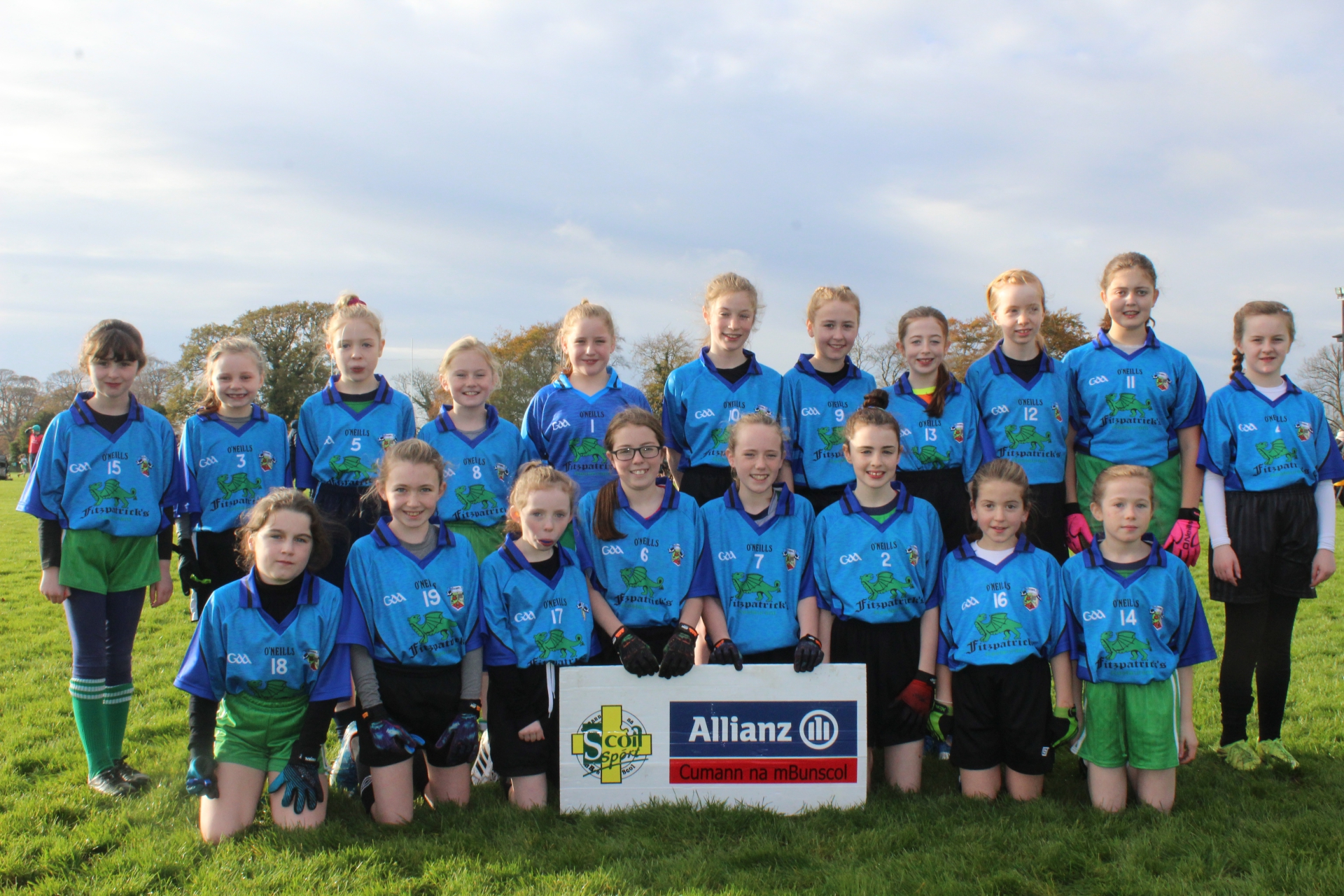 The tightest game was the last of the day as perennial finalists Bellurgan faced the girls of Tallanstown NS in the final of Corn Sheán Mac Cába. Bellurgan flew out of the traps and looked like they would put the misery the last two years behind them, but Tallanstown finished the first half strong to narrow the gap to a goal. The second half was a ding-dong affair with teams trading scores, but the bridesmaids of Bellurgan finally became the brides at the final whistle to lift the trophy to the delight of their fans and teachers.