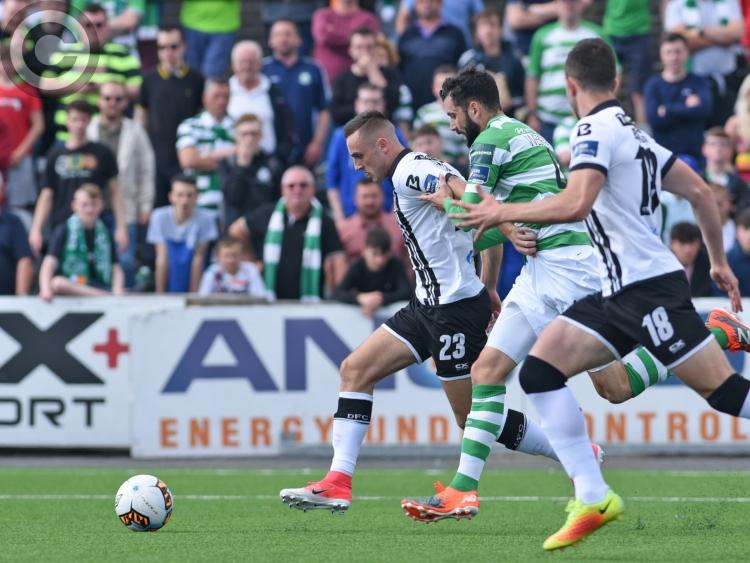 Jim McCourt's email last week wasn't unexpected. Dundalk had just collected a trophy, and from past experiences I know there's nothing that will get Jim quicker onto the magic machine, tickling the keyboard with glee, than a win, in this case in the EA Cup.

In fairness to one of the longest-serving Orielites, the file attached to machine from which these words are trickling carries several messages from Bay Estate, some of them coming at a time when Dundalk were struggling both off and on the pitch.

That's not so long ago, but such has been the unprecedented success enjoyed in the Kenny Era it seems like light years ago.
Jim feared for the club's future in the dark days, and wasn't alone. But it's much brighter now, and he is enjoying his League of Ireland football more than ever.

The EA final wasn't a great match, but “a win is a win and a cup is a cup - hopefully not the last of the season”. Clearly, Jim was delighted it was Shamrock Rovers who fell victim to his side, a throwback, perhaps, to when Dundalk couldn't buy a win in their encounters with what was at the time Glenmalure-based Hoops sides.

An “over-hyped Rovers team” who, seemingly, “believed in all that was being said about them in the Dublin media”, is how he puts it. But he has a word of warning for Dundalk ahead of the repeat meeting with Rovers on Saturday next, this one in the semi-final of the FA Cup.

“If we are at our best and Rovers play as they did last Saturday week, we will have no worries. But they are sure to be more determined this time and can't be as bad again.”

There was a follow-up phone call between the to of us, this one to discuss the season so far. We were in agreement, Jim speaking as an Oriel regular, me as an outside observe - the race at the top of the league table would have been much tighter had Cork City lost Sean Maguire at the same time as Dundalk went without Daryl Horgan, Andy Boyle and Ronan Finn.

“It's been proven,” said Jim, “since Cork has lost Maguire they haven't been the same force, and though Stephen Kenny bought well, it took the new-look side a while to bed in. It was then that Cork pulled clear.”

The Leesiders haven't clinched the title as early as expected; and what Dundalk supporters wouldn't have wanted is for it to have happened at Turners Cross last Tuesday night in yet another renewal of hostilities between the League's keenest of rivals.