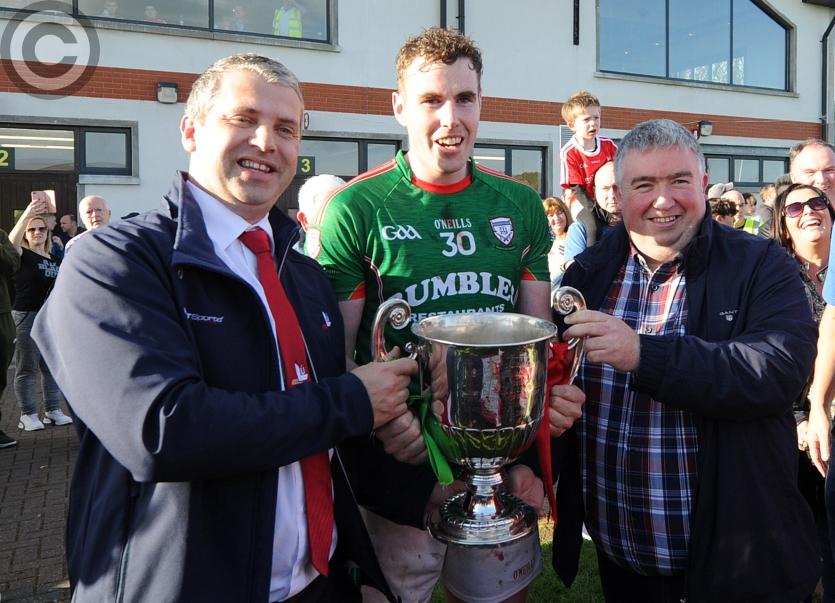 Glen Emmets manager Kevin Barry took a moment to savour Sunday afternoon’s victory. While his delighted group of players embraced with family and friends, Barry stood, arms on hips, watching from a distance.

The sweat poured from his forehead, while his eyes filled. This meant a lot to him on a personal level. After all, he’s been with this group of players for two-and-a-half seasons.

A year ago, having lost by the minimum, he stood arms folded as St. Kevin’s lifted Christy Bellew. How different things were 12 months on.

“We have lost a lot of people this year, myself included, but what a difference a year can make. I’m really proud of all those lads because they’re the guys who get it done week-in-week-out and, unfortunately, they don’t get enough credit for what they do and put in.

“I’d say there was more unity this year because they all knew they had to row in, and it wasn’t just Conor Grimes who was missing, there were other lads. Aidan Monahan couldn’t be with us today for work commitments and we had two or three injuries so, ultimately, it’s the strength of our squad. That’s why we won today, no other reason.

“I suppose you could say that we have got there in the end. Last year we got beaten by a point whereas this year we got the rub of the green. That’s football, that’s sport,” he added.

Having led Glen Emmets to Division Two last season, Barry describes this latest triumph as a “culmination” of their efforts.

“It’s great for the club because days like these don’t come very often,” the Castletown-native added.