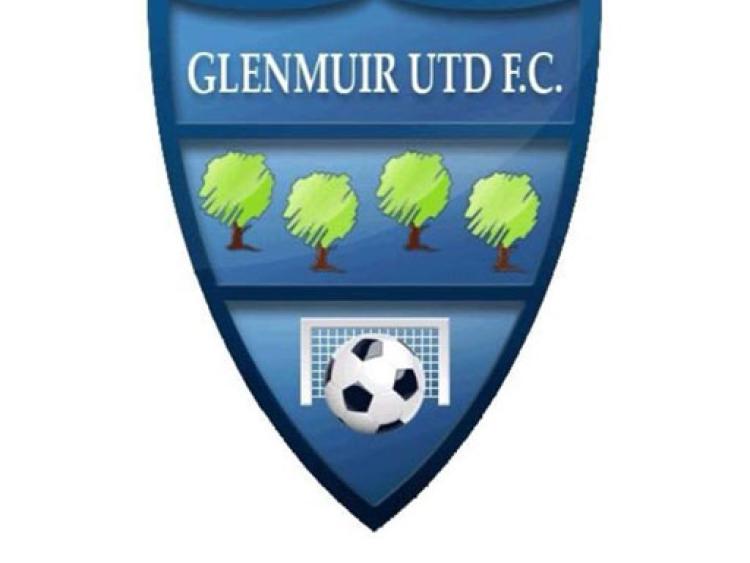 Glenmuir U16s were good value for the three-points as they opened their Premier Division campaign with victory over Shamrocks at a stormy Glenmuir Park on Sunday afternoon.

Both teams had to withdraw to the dressing rooms in the second-half due to a torrential 10 minute downpour, but referee Peter Burns managed to complete the game as the sun eventually made a brief appearance on the pristine Glenmuir surface.

Samuel Adekola probably scored the quickest goal of the new season when he turned an Adam Lennon cross to the net after only 30 seconds.

The same Glenmuir player should have added a second goal after Kyle Connolly’s superb strike crashed off the crossbar and landed in front of him, but he fired high and wide.

Connolly did make it 2-0 on 31 minutes after his free-kick struck the Shamrocks wall, however, he reacted the quickest to slam past Jakob Rygeski.

On 34 minutes, it was 3-0 after Liam McStravick skipped past two defenders to find the net with his left foot, though Shamrocks pulled one back a minute later when Michael Goodram battled past several tackles to fire by Eddie Maguire.

Shamrocks almost scored again two-minutes after the break when Francis McDonnell’s volley struck the top of the Glenmuir crossbar, but the three-goal cushion was restored when Mark Agnew slotted home his first goal of the season in the 5oth minute.