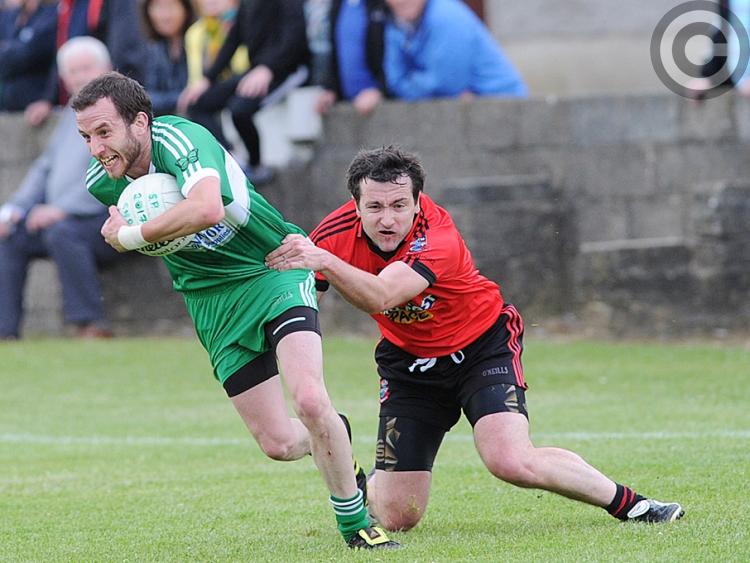 Having beaten St. Patrick's in the Sheelan Cup final earlier in the year, Mattock Rangers repeated the trick in Collon on Sunday night.

A first-half goal rush where Mattock raised three green flags decided the contest. St. Pats wing-back Rory Duffy let his frustration get the better of him in the closing minutes of the game which resulted in referee Kevin Carroll brandishing a red-card his way.

David Reid, from the penalty spot, Aaron O'Brien and captain Michael McKeown were the Mattock goalscorers as John Kennedy's troops took a 3-4 to four-point lead to half-time.

Typically, Paddy Keenan was the visitors' main source of inspiration with the former Louth captain contributing six of the Lordship side's 12 point tally.

Davy Nelson's men were given a glimmer of hope six-minutes into the second-half when Aidan McCann scored a goal, though Reid's accuracy from dead-balls ensured the home side weren't to be denied. The victory guarantees Mattock's stay in Division One