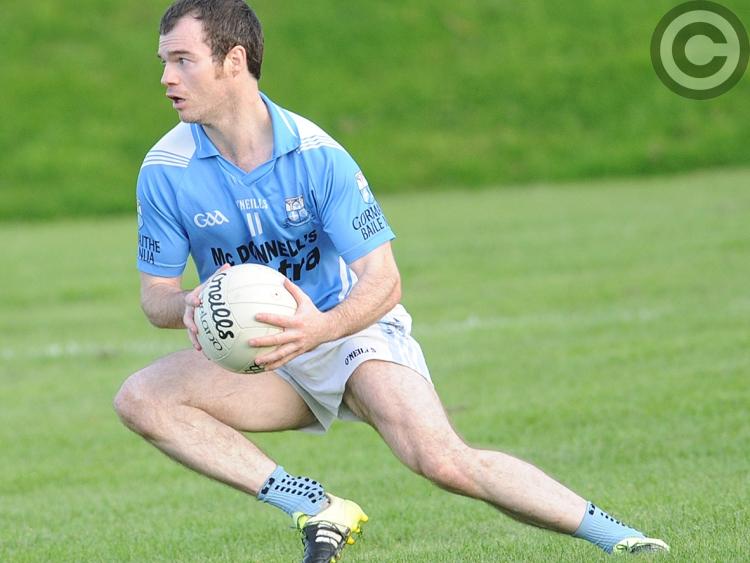 Ross Nally hit 1-6 as the Newtown Blues gave themselves a lifeline in the Division One relegation battle with a comprehensive win over the Geraldines in Haggardstown on Sunday evening.

Jim McEneaney's first-half goal meant the Gers trailed by the minimum at half-time, 1-6 to 0-10.

However, the Blues took over in the second-half with Nally, Robert Carr, Ciarán Downey and Colm Judge revelling.

Glen Trainor got the game's opening point, though the Blues hit nine of the next 11 minors with points from Stephen Reidy and McEneaney all the Gers could manage in response.

The Blues led by double scores, 0-10 to 0-5, when McEneaney fired in the Gers' major to give them a boost before the break.

However, the Drogheda-men simply blew away whatever comeback aspirations Eamonn McEneaney's side harboured in the third-quarter, tagging on 1-8 with a point from McEneaney all the Gers offered in reply.

The Gers closed with two of the final three scores, both of which came from McEneaney. But they must now win their final game to maintain hopes of survival.