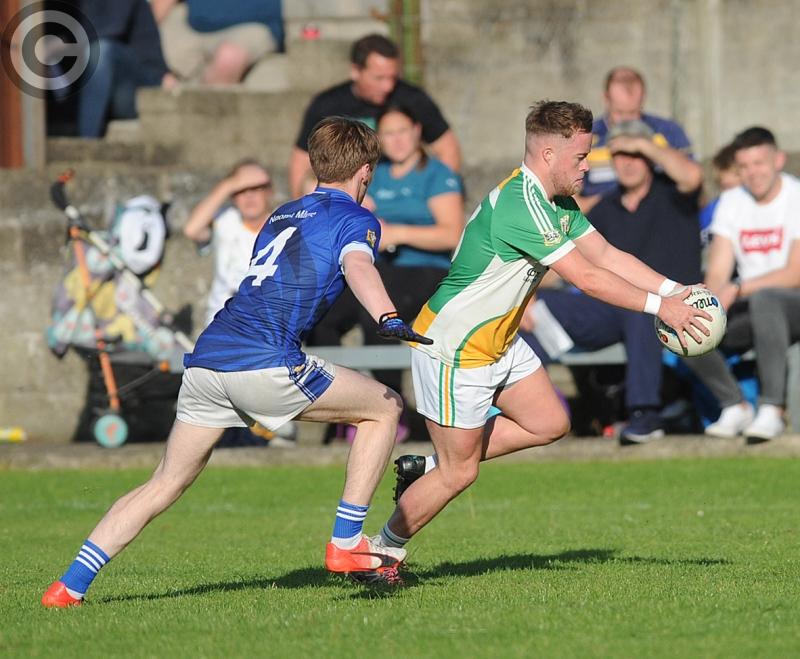 Alan Quigley (Joes) gets his shot off ahead of Conor Keenan (St. Mary's) during their group meeting. (Pic: Arthur Kinahan)

Wayne McKeever asked after the Joes lost to the Sean O’Mahony’s, “will we ever get a better chance at beating them.” The answer; hardly.

Having had the game within their grasp 10 minutes into the second-half, Conor Crawley’s goal was the sucker punch as they went down by a point. Ardee, St. Mary’s suffered the same fate a week earlier, whereby they let slip a lead to lose by the minimum.

Following their 0-15 apiece draw on the opening night, the teams were left in the unique position of having to go through this play-off. The winner will face the Geraldines in a quarter-final, while the loser face Cooley Kickhams in a relegation fight.

The question is; who will have learned more? St. Mary’s certainly have the more room to improve and, judging by their recent league results, you would deem them to have made the necessary improvements.

Though, as the Joes showed in their two outings, they’re not to be discounted.