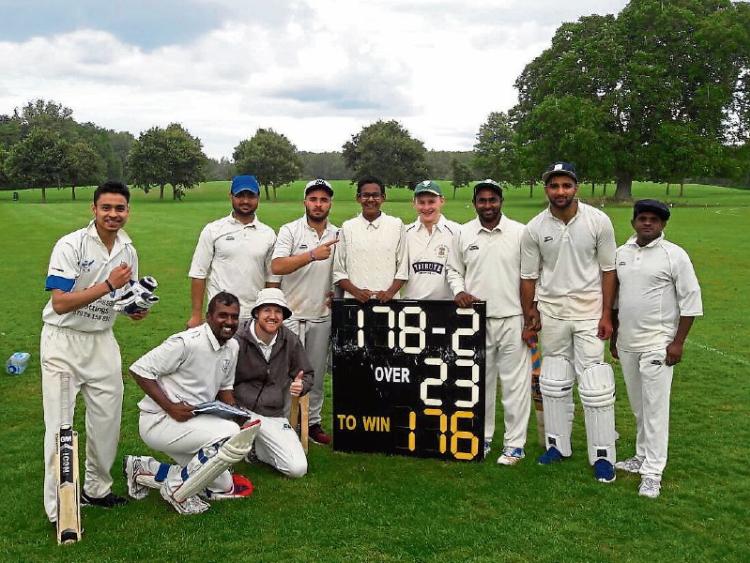 A powerful display with the bat saw Dundalk move up to third position in the league with a comprehensive victory over Adamstown in Corcaigh Park on Saturday afternoon.

Having won the toss, captain Andy Williams choose to bat first on a damp pitch but it was Adamstown who got off to the brighter start as they pushed past 50 for the first 10 overs, with Raj Kumar pulling a number of boundaries to the short-leg side.

However, Dundalk's 'skipper led from the front, taking two wickets in as many balls to dismiss both openers. He then trapped the number three LBW for a golden duck in the next over.

Tight bowling from Michael Mullen and Haroon Khan restricted Adamstown in the middle third of their innings, but opposing captain Aman Sangwan opened up and in the last ten overs moved onto a spirited 52 before being bowled by Muhammed Zahid. This slowed them down again but, despite a run out on the last ball, they finished with a respectable 175 from their 35 overs, setting Dundalk 176 to win.

Zahid and Waqas Khan opened the batting and made a thunderous start, sharing boundaries between them as Dundalk moved onto 62 for no loss after the first 10 overs. After Zahid was caught behind,

Adamstown threatened to thwart Dundalk’s momentum but Williams again showed his prowess with the bat, smashing three huge sixes on his way to a quick fire 33 before he too was out caught.

This left Dundalk still needing 80 runs to win, but the new pairing of Waqas and Umer Khan didn’t slow down, with the latter playing some huge shots over long-on while the former found every gap in the field through the off-side.

In the last over of the game, Waqas capped off his 50, eventually reaching 57, while his partner Umer finished on 47, pushing Dundalk to an eight-wicket victory with 10 overs still to play.

Next Saturday, Dundalk will be full of confidence as they face a trip to second-placed Clondalkin in Tymon Park.