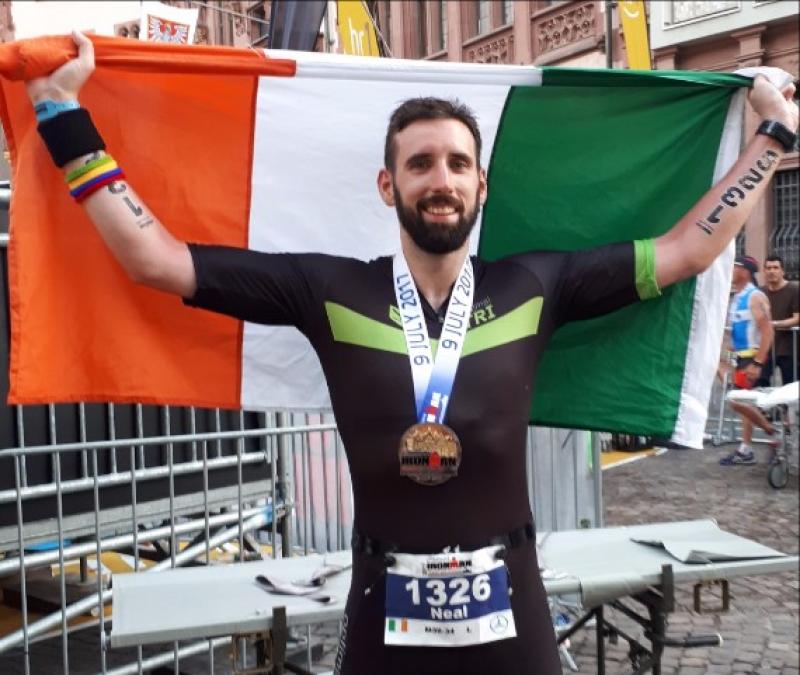 Neil McLoughlin with the tri-colour after the event.

The 30-year-old, who is now based in Dubai, was one of 2,410 entrees to finish last Sunday fortnight’s event; an event which saw well over 3,000 at the starting point.

Having begun the challenge at 7am in the morning, McLoughlin completed the competition 13 hours and 47 minutes later having negotiated a 3.8km swim in one hour 28 minutes, the bike ride of 180km in six hours and 26 minutes and finally the marathon (42.2km) in 5hrs 28 minutes.

McLoughlin lost an incredible three-stone in preparing himself for the event with all of his preparations having been done on a spinning bike at his home in the middle-east – something which he feels cost him up to three hours on his finishing time.

His next aim is to quality for the World Iron Man Championships in Hawaii via the European qualifiers.

The sportsman was multi-talented growing up having played underage soccer with Dundalk FC along with a variety of other sports.