Typical! Crawley the hero as O'Mahony's down Ardee 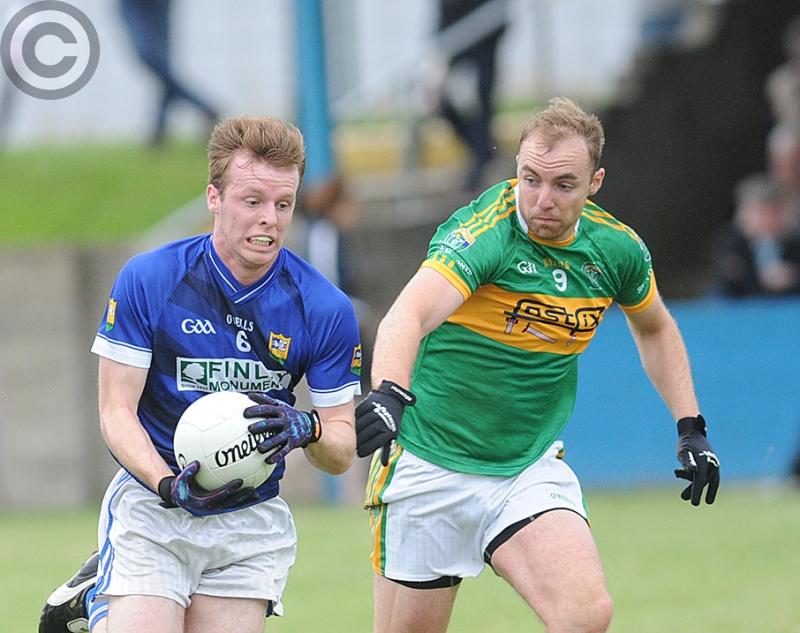 If ever there was a display that typified the current crop of Sean O’Mahony’s; this was it. Skilled, gutsy and determined, Alan Craven’s men hung in and hung in until eventually they ground Ardee, St. Mary’s down in Dunleer tonight.

Typically, the source of their comeback victory was Conor Crawley - just like in last year’s senior final against the same opposition. The tall forward met Conor Finnegan’s floated delivery firmly with his fist to riffle past the rooted Peter Duffy as the O’Mahony’s capitalised on a spell of 28-minutes where Ardee failed to score to win their first domestic championship game since last October's final.

Ronan Carroll’s second point of the game, just shy of the quarter-hour mark, had put Hugh Durrigan’s team into a 0-6 to two-points lead, however, a mixture of their inability to convert opportunities and the sheer tenacity of the county kingpins saw St. Mary’s fail to trouble the scoreboard until 12 minutes into the second-half, when Alan Kirk’s free halved their deficit to a single point.

The Point Road men weren’t to be denied, though, as Stephen Fisher, easily the best player on show, struck two late points to seal the O’Mahonys’ passage to the knockout stage with a game to spare.

Ardee dominated the opening exchanges and kicked five of the first six-points with a Kirk brace sandwiching spectacular efforts from Alan Fay and Paudy Clarke. There appeared to be oceans of space in the Quay men’s defence as Carroll rampaged through on several occasions; two of which resulted in minors for the midfielder.

Though, their dominance waned as the half progressed and the O’Mahony’s found their feet. Shane Brennan and Conor Martin reined in Ardee’s dominance around the middle while Fisher and co. made hay in attack. The wing-forward ended the first-half with a couple of points to leave the Joe Ward holders trailing by the mere minimum at the interval; 0-6 to 0-5.

The first score of the second-half was Crawley’s 40th minute major; a goal which handed the O’Mahony’s the initiative for the first time in the game.

Kirk, Paudy Clarke and Darren Clarke then found the target as Ardee awoke from their slumber to draw the game with 10 minutes to play. Tensions were high at this point with several calls from referee John Murphy drawing furious reactions from both camps.

For his part, it was a difficult game for Murphy to adjudicate. There was a tetchiness to affairs which resulted in tempers boiling over on several occasions, particularly during the second-half.

Although, it was the O’Mahony’s, and Fisher, who kept their cool when they required it most as St. Mary’s missed two glorious chances to claim a share of the spoils in injury-time courtesy of miscued efforts from Kian Moran and Ryan Rooney.