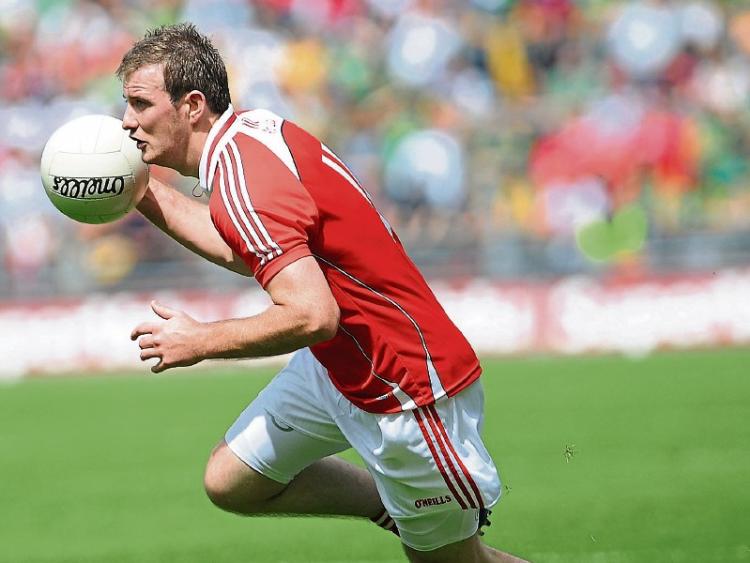 The recent three Louth dismissals in the All-Ireland qualifier with Longford was a first; never before had so many players in a red jersey been sent off in the one game.

It was an occurrence that had me delving into the records. What I discovered highlighted a difference in the approach to disciplinary matters over the years.

In the early part of the last century match reports focused more on the occasion than match facts. They regularly looked at the event, ranging from the weather, the atmosphere, the cavalcade of bicycles making their way to Croke Park and other venues.

Then, of course, referees had no cards, just a notebook in which they jotted down a player's name before warning him, or, as rarely occurred, sending him off. A suspension followed a dismissal, the length of which was determined by the seriousness of the player's misdemeanour. Back then, there may have been no right to appeal a decision.

The first recorded instance in the press of a Louth player being sent off was in 1937, when the Newtown Blues legend, Jim Culligan, was dismissed against Dublin in a National League match in Drogheda.

It was not unknown at the time for referees to apologise to a player for having to send him off, such was the reluctance to administer the ultimate sanction.

In the 1940s only one Louth player is reported to having made the long walk. It was a significant dismissal which may have cost Louth a Leinster title and maybe even an All-Ireland. Stephen White's sending off left him unavailable for the 1949 Leinster Final replay with Meath, and having won by a point the Royals went on to claim their first ever All-Ireland.

In 1954 Louth played Dublin in a league tie in Drogheda. Tom Conlon was said to have been goaded – or, as it is now called, sledged - by two famous Dublin forwards. Tom reacted by decking one of them, and not waiting to be told by the referee he was being sent off, the Stabannon stalwart made his way off the pitch.

The All-Ireland team full-back was one of only three Louth players to fall foul of referees in the 1950’s. Jim “Red” Meehan, a 1957 colleague of Conlon's and before that an All-Ireland medal winner with his native Meath, saw red, as they now say, also in ’54, making his debut for his adopted county against Offaly.

Since then only two players, Ken Reilly and Nicky Malone, failed to finish their debut match for the same reasons.

In the 24 seasons from 1960 until 1983, Louth had only five players dismissed. One of these was Danny Nugent, against Dublin in a Division One League semi-final in Croke Park. The Newtown Blues clubman was also sent off, against the same opponents, in a championship match in Navan.

However, in the 35 seasons since ’83, only four years have passed without a Louth player taking an early bath. The ’83 dismissal of Paul Reneghan has helped elevate the game into Louth folklore.

Under Jimmy Mulroy, Louth were on the back of four straight wins and needed to beat Laois in Portarlington to maintain their push for promotion from Division Three North. However, when the Geraldines great was sent packing it looked like the end of the road for Louth’s chances, but a superb rearguard action saw them come away from the O’Moore County with a 0-5 to 0-4 win.

Renaghan protested his innocence, claiming it was a case of mistaken identity, and, backed by his club, Geraldines, brought his case to Croke Park. The authorities, however, gave the referee their full backing and the suspension stood.

In 1987, Richie Culhane may have created some sort of a record when he was dismissed three times in 6 inter-county matches, while two years later, in Longford, the first double sending off happened with Kevin O’Hanlon and David Reilly both falling foul of Paddy Collins.

Since then there have been four occasions when two players have been given their marching orders in the same game, the most recent in 2012 when Mark Brennan and Darren Clarke were sent packing in the Qualifier defeat to Westmeath in Mullingar.

The “Foot and Mouth” season of 2001 was the last in which Louth kept a clean sheet. In the 17 years since, 44 players have made the long walk...

Top of the unwanted list is Mark Stanfield with five, followed by Culhane on four. Among the many players on three are Mark Brennan, who achieved the feat in seven matches, and also his brother, David. The Reillys have also kept it in the family, with David on three and Ken and Patrick one each. Also on three are Alan Page, Dessie Finnegan and Declan Byrne.

As the GAA continues to crack down on indiscipline, referees carrying cards of three different hues, there is no doubt that this list will increase year on year, and it is doubtful if we will ever see again a county complete a season with a clean sheet on the dismissals front.