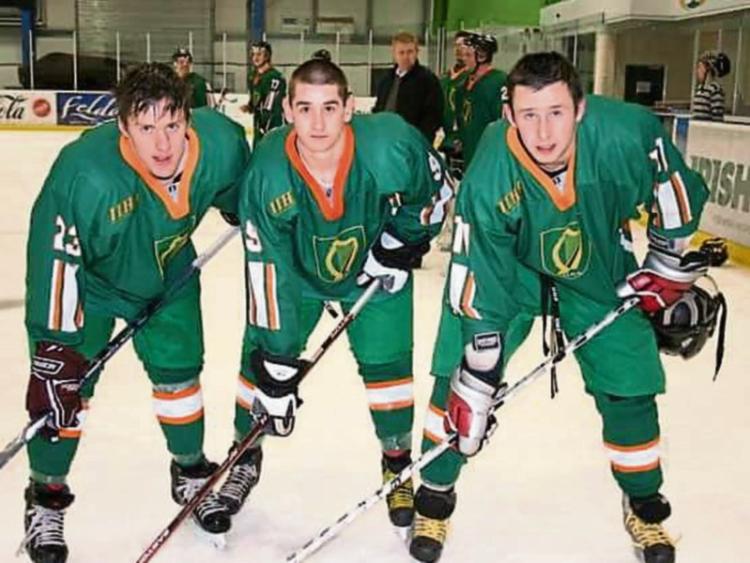 The upcoming Galway Film Festival will see a nomination called ‘The Puck of the Irish’.

The flick will tell the story of how the sport of Ice Hockey was founded by Hurling-loving Irish expats who found the icy plains of Canada impossible to compete on for a sliotar.

Ice Hockey was thus founded as the jolly-Irish opted to keep the sliotar, which soon became a puck, on the ice rather than ‘giving it some air’.

The sport has been slow to translate its popularity to Ireland from across the Atlantic Ocean though. As it stands, the now closed Icedome in Dundalk is the only ice rink in the country meaning Irish Ice Hockey has next to no chance of growing, or merely surviving, if there is no intervention of some sort.

For what it’s worth, the Icedome has left a legacy behind as many of those who took up the sport continue to play on a regular basis, although there is a serious amount of travelling involved with Dundonnell the most local playing facility.

Since 2010, the number of registered members of the Irish Ice Hockey Association (IIHA) has more than halved, from 700 to 300 currently.

There have been the odd shoots of revival as the decade has progressed, from the potential of the Icedome in Dundalk re-opening to plans for a new rink at the Liffey Valley Shopping Centre, however, on each occasion, the optimism has been quashed for one reason or another.

The Sports Council of Ireland have officially put forward funding for the IIHA’s youth programmes in more recent times, the first funding of its type for Irish Ice Hockey and an undoubted step forward.

However, an even bigger opportunity has presented itself for the adult game. A four-nations competition is set to go ahead in September with Ireland competing alongside hosts Andorra, Portugal and Morocco – the Arab Cup winners.

Four local players look set to be involved having performed well at the recent trials. Niall McEvoy is one of the quartet hoping to make the trip to the Pyrenees for the event and he feels the tournament presents a chance to put Ice Hockey Ireland ‘back on the map’.

“We’re not recognised by the International Ice Hockey Association because we don’t have an Ice Hockey stadium anywhere in the country,” McEvoy told the Dundalk Democrat.

“It’s four-years since Ireland have fielded an international team and like us, the other nations competing at this tournament aren’t recognised either so the next few months are crucial to the futures of the sport in our countries.

“If the International board don’t recognise you, they don’t allow you to participate in official events so this competition is a chance to put Irish Ice Hockey back on the map.

“At the moment, through a lack of funding and investment, it’s mainly volunteers who are keeping the sport alive in Ireland. Aaron Guli is the President of the IIHA and he’s the one who is really pushing the whole thing. He organised this tournament almost on his own and it’s hard to put that into words exactly,” McEvoy added.

Putting the time and effort aside to make it to Andorra, and to the host stadium which is 3000m above sea level, is not the issue for the four local lads or any of the team for that matter.

It’s the self-funding element of the journey which makes life difficult.

“We have to foot the bill (of around €400 each) ourselves for the four-days at the tournament,” McEvoy said.

“We have to take our own equipment but the jerseys will be provided by the association. We’d be hoping to get sponsorship to help pay our travel and accommodation costs, but ultimately there are other things which make it difficult like lads getting time off work and that.

“I’m lucky in that I work at Dundalk Book Binding, a family-run business, so I’ll be able to get time off to go, however, some of the others might find it more difficult.

“Myself, Stephen McEntee, David Sally and Vytautas Lukosevicius, who used to play in the Eastern European Hockey League, went up to Dundonnell for the trials and we got on very well so I’d be expecting the four of us to make it.

“David is only a young fella but he has always been a show stopper.

“The amount who came up to the trials was very heartening. There were people coming from Cork, Dublin and every place you could think of around the country which proves there is a love for the sport.

“Most of the lads, like us in Dundalk, are still playing roller hockey so the standard was pretty high at the trials and we have guys like Gareth Roberts and Conor Redmond, pro players, on the team with Kenny Redmond, a veteran of Irish Hockey, as manager.”

From a personal point-of-view, getting back in an Irish shirt is something very special for Niall, whose passion for the sport is quite remarkable.

“I started playing Ice Hockey when the Icedome first opened in Dundalk. I, like so many others at the time had no experience beforehand, but thanks to the level of coaching that was on offer, I was able to grasp the sport very quickly.

“I got hooked on the game almost immediately and having trained very, very hard I made the Irish team for the senior championships in Luxembourg and we ended up winning the gold medal there. It was incredible to have done it at the time.

“In 2009, I was selected for the junior international team. We went to Turkey for the Division Three world championships and we came back with a bronze medal which was a great achievement considering how small the sport was, and still is, in Ireland.

“A lot of people actually moved to and stayed in Louth to play Ice Hockey, but when the dome closed they didn’t see the point. At the start, we tried to travel to Belfast as much as we could to keep it alive and there was a small group of us who travelled religiously from Dundalk.

“It is and was difficult but the passion is still there, my determination is still there and just because the ice rink closed doesn’t mean players stop playing. If you love something you’re not just going to stop it and that’s the way I looked at it.

“I played football underage with Louth and with the Joes, but I packed it all in when I started to play Ice Hockey. I just got hooked on the game and all my attentions were turned to it because I knew it was what I wanted to do for the rest of my life.

“It’s five-years since I played internationally with Ireland so I’m certainly eager to get back at it because after work, Ice Hockey is my thing,” he quipped.

As mentioned previously, the Icedome was Ireland’s only Ice Hockey stadium before its closure. And, while there is an amicable relationship between the relevant federations which allows Irish teams use cross-border venues, McEvoy insists there is a need for the Icedome, now under the DkIT’s watch, to be re-opened.

“There was talk that a company was to re-open the Icedome and I know there were potential buyers or renters looking at it but the DkIT wanted too much money so that diminished our dream of getting it back up and running,” McEvoy said.

“The majority of the equipment is still inside the building and everything is in place. The entire project, almost the future development of Ice Hockey in Ireland, is in the hands of the DkIT.

“The IIHA offered to put up half the money for its purchase too and the college were ensured that it would be closed during the summer for exams and at times like that. But they wouldn’t accept so the offer is no longer on the table

“That was a big blow because the IIHA had been in constant contact with them to advise them and to ensure that everything was going to be fine.

“It’s a shame because the sport is trying to grow and the numbers on the junior programmes have tripled. Every week there is training for kids with trips abroad and enjoyable things like that being organised to keep them interested and developing as players.

“At the end of the day, like all other sports in Ireland, all we need, all we’re asking for, is somewhere to play,” McEvoy added.