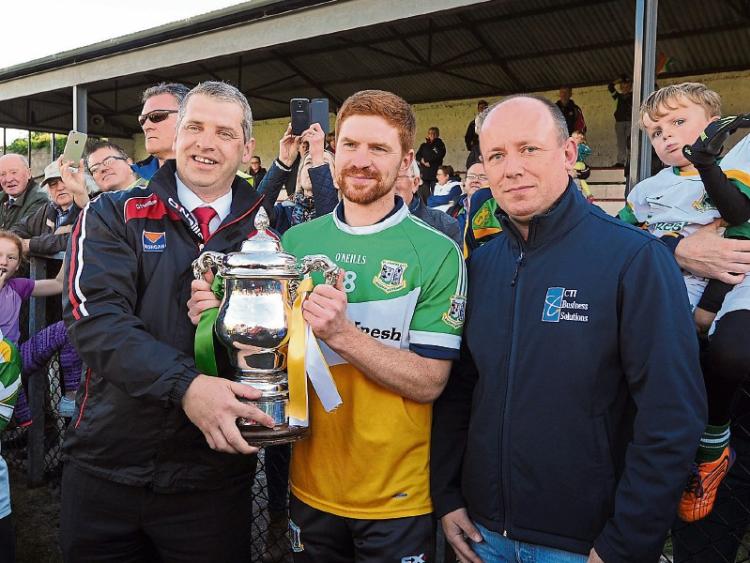 Memories of a frantic early-round intermediate championship three-timer will be revived when Sean O'Mahony's play St. Joseph's in the Louth Senior Championship. When that match takes place will be determined by the result of Joe's meeting with St. Mary's this weekend.

Both are in the same group as O'Mahony's, the title-holders. Two of the three qualify for the quarter-finals, and using the long-odds betting as a criteria, O'Mahony's and Mary's should be the ones to advance.

But Joe's know that maybe had they not looked a gift horse in the mouth three years ago they, and not O'Mahony's, might be among the more fancied runners.

Not that it's been too bad for the Dromiskin side in the meantime. Recovering from their 2014 set-back, which saw them squander a nine-point lead in one of the three Clan na Gael Park matches required to decide their joust with O'Mahony's, they won last year's intermediate title, causing a surprise with a deserved win over Mattock Rangers in the final.

O'Mahony's passage since then has been strewn with unprecedented success. That win over Joe's was followed by outright wins at local as well as provincial level, their Leinster victory giving them a place on the roll of honour alongside Geraldines and Dundalk Gaels. And then last year there was a first-ever Joe Ward Cup victory, following defeat – by St Patrick's - in the 2015 final.

The bookies make the Quay side 11/2 chances to retain their crown, third-favs in a list headed by Pat's. In compiling their odds, Paddy Power were influenced more by tradition than current form when they gave Pat's a 5/2 quote. The seven-times Joe Ward Cup winners had an indifferent 2015, and this year have lost three of their eight league matches and drawn two others.

But early on in last week's tie with Geraldines – with whom they renew acquaintances in the championship – Pat's looked to have their swagger back. They failed in the finish, by a goal, having played without a number of regulars.

Inside Track's opinion on who might win the senior crown, as well as the intermediate and junior, is carried in the championship pull-out attached to this issue. The certainty is that readers went to the supplement before reading this, and therefore would know that Dreadnots are the selection for senior, to be followed on to the podium later in the season by Clan na Gael and Glen Emmets.

Dreadnots are due a twist, but so, too, are others, most especially the team your compiler supports. There's been a bit of a tickle on the 12/1 available about Malachy O'Rourke's blue-and-white students, and if they pass all exams between now and the end of September, this page will have no great worries about having got its prediction wrong.

Clans, under the stewardship of the astute former Louth and Cavan manager, Val Andrews, missed a trick in their club's 2016 centenary year, but wouldn't care having had to wait a year before getting back to all of the senior grade's competitions.

Glen Emmets, Inside Track's selection for junior last season, came down at the last, beaten by a Cian Callan-inspired St Kevin's. The Tullyallen boys are taken to redeem themselves.

Given all the disappointing results county teams have had in recent weeks, followers badly need a fillip. Keenly contested club matches across all grades over the next few months would go some of the way towards lifting flagging spirits.