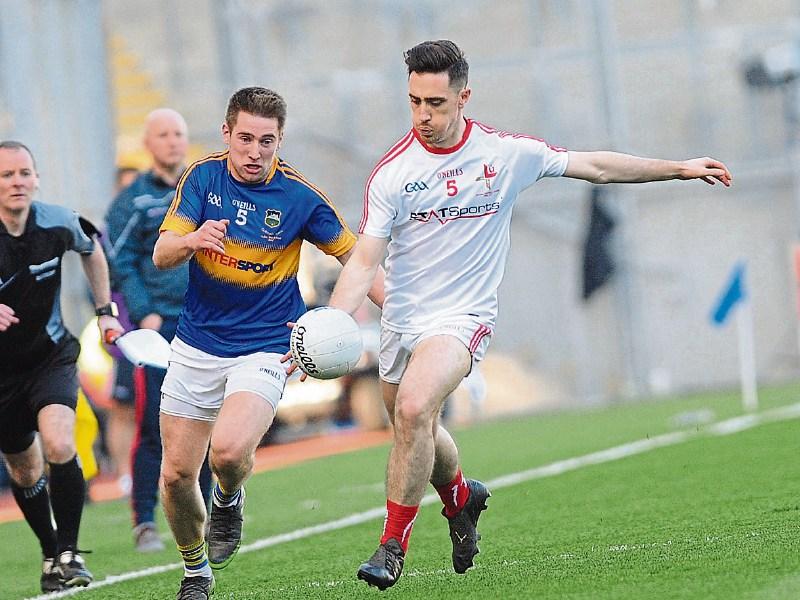 As the dust settled under the Hogan stand on Saturday evening, Louth manager Colin Kelly pinpointed exactly where it went wrong for his side in the Division Three showpiece, WRITES DAN BANNON.

“We put up a score that was good enough to win any match, but I suppose the goal we conceded where Anthony (Williams) turned the ball over was costly.

“Today we lost it with a corner back turning the ball over in forward positions and you can't do that against a team like Tipperary or you'll be punished and that’s what happened.”

Ultimately, goals win games and it was that ruthless streak in the Tipperary attack which was the decisive factor, according to the Louth boss.

“When they had their spell, they really went to town and that’s what you get when you come up against quality like that.

“Michael Quinlavin, Conor Sweeney and (Kevin) O'Halloran, these guys are top class. They punished us when they got the opportunity,” Kelly added.

“We still had a good cut, hit 19-points and I thought we played some really attractive football.

“But, at times, we were just caught out at the back. I wouldn't worry about the last goal because we were pushing hard but it was probably hard for the boys to take a nine-point (beating). I don't think that was justified but without a shadow of a doubt Tipperary were the better today.”

Having trailed by five-points at the break, Louth required another performance like the one they put in at Semple Stadium three weeks’ ago in order to haul themselves back into contention.

And Kelly felt his side were capable of producing that in the second-half, although he didn’t feel that Tipp treated Saturday evening’s encounter as a revenge mission either.

“I think we got it back to three at one stage, but every time we got (closer), the exertion to get back into the game was too much.

They were getting up and breaking us down pretty easy and getting scores. We chased and tried as much as we could but ultimately we couldn't break them down. Fair dues to them.

“They probably brought last year’s form from championship into the league this year and they were favourites going in it and rightly so, and they proved today. They were the best team in the division,” said Kelly.

He continued: “On the day, they were just better.

“I don't think fellas like Quinlavin or Sweeney or these guys need motivation. They are top quality operators and Liam Kearns is a good operator too. They know what they are doing, so if you are looking for motivation to win games at this stage, it is not going to happen. What they brought today was a lot of quality.”

Although, the Louth manager was able to reflect back on a positive campaign which saw his team regain their place in Division Two.

“We spoke about getting up the divisions to become a really competitive team. Days like this will only bring us on and so will the opposition in next year’s National League, the likes of Cork, Meath and Tipperary, we will have to face next year.”