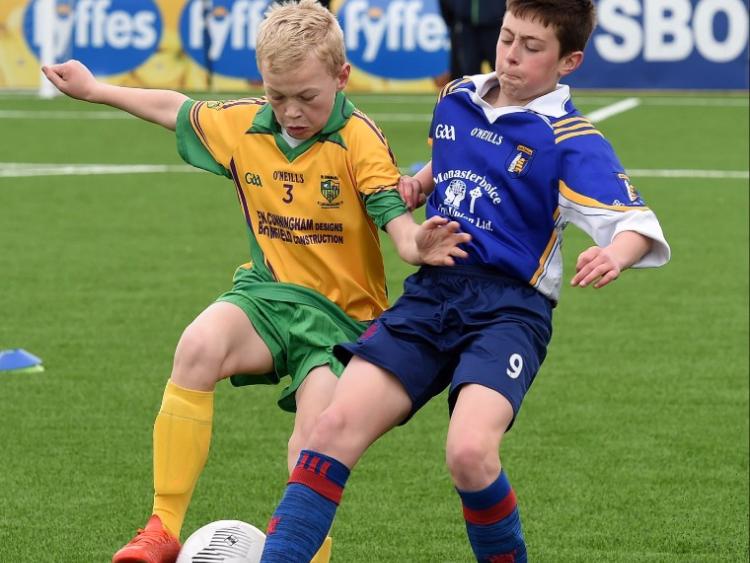 The SPAR FAI Primary Schools 5s Programme has seen participation figures grow year on year to become the largest primary schools’ competition in the country.Almost 1000 students from schools all over Louth participated in the Louth Competitions this year with 21 schools coming back for the finals day in Oriel Park and 6 progressing to the North Leinster provincial finals in Navan on the 27th April. 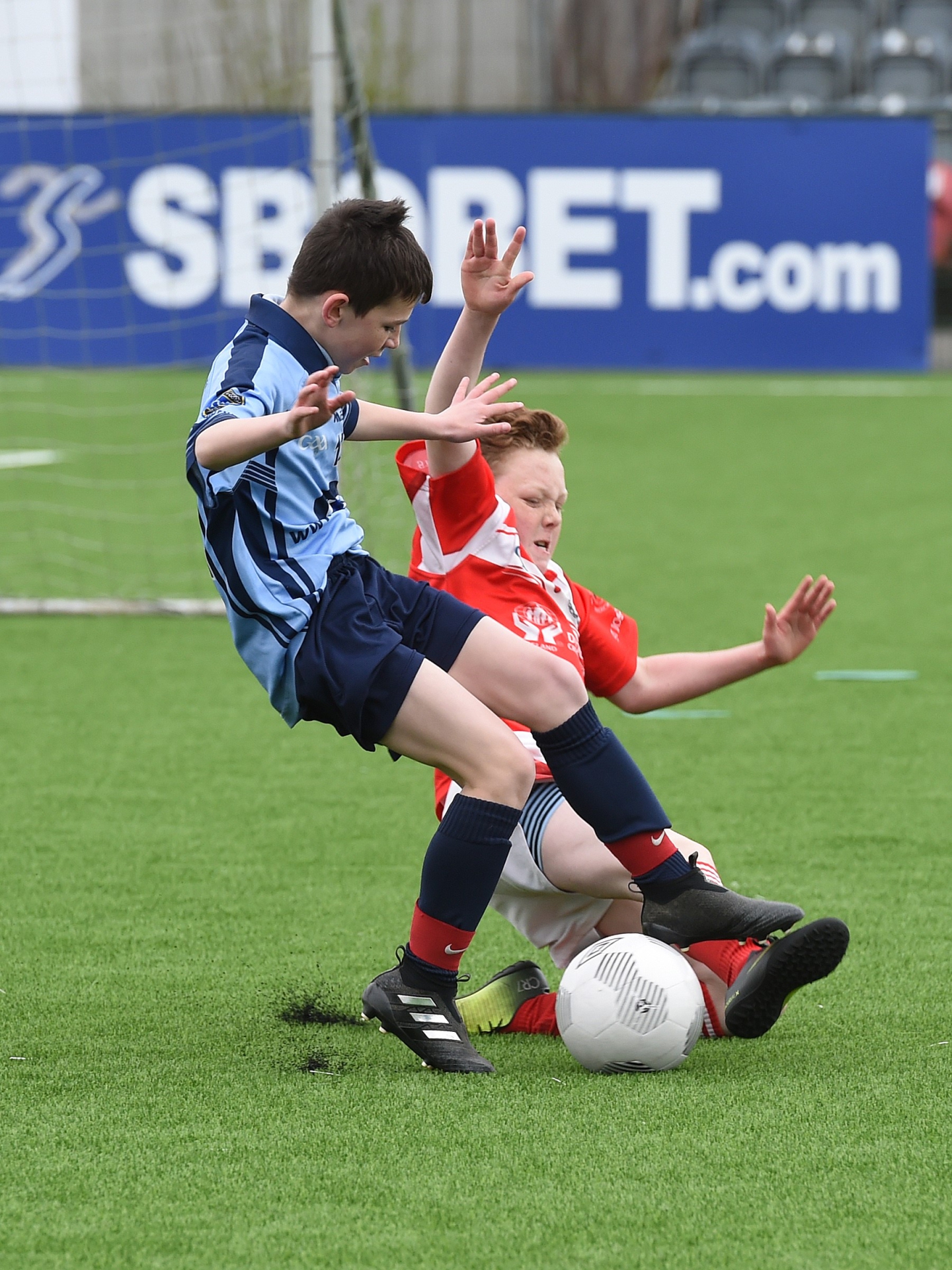 The ‘A’ Cup, open to boys and/or mixed teams from small schools, had 5 passionate schools involved with the final between the talented St Furseys and Scoil Naomh Lorcan teams. St Furseys triumphed in what was a thrilling contest.

The ‘B’ Cup, for medium sized schools, again proved to be a compelling division with 5 teams involved. The final was between St Peters Dromiskin and Ballpousta with a strong St Peters team taking the title 3-2 in a fantastic game of football. 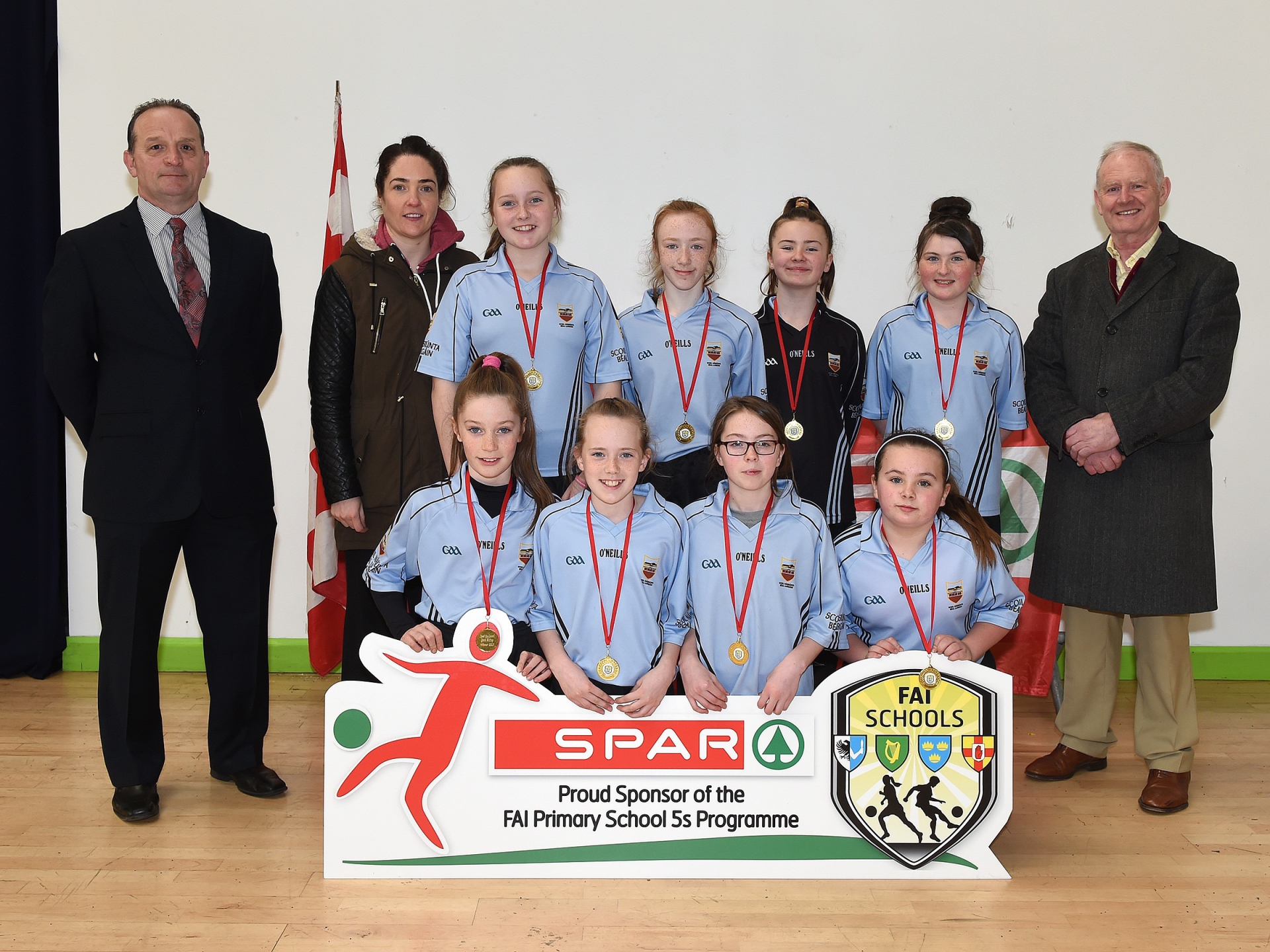 The ‘C’ Cup, for large schools, was another hard fought contest between 5 really talented schools. Bay Estate eventually came out on top of the large schools division thanks to a superior goal difference from St Joseph’s Drogheda who pushed them all the way.

The winners will now progress to the North Leinster Finals on 27th April in the MDL Navan. 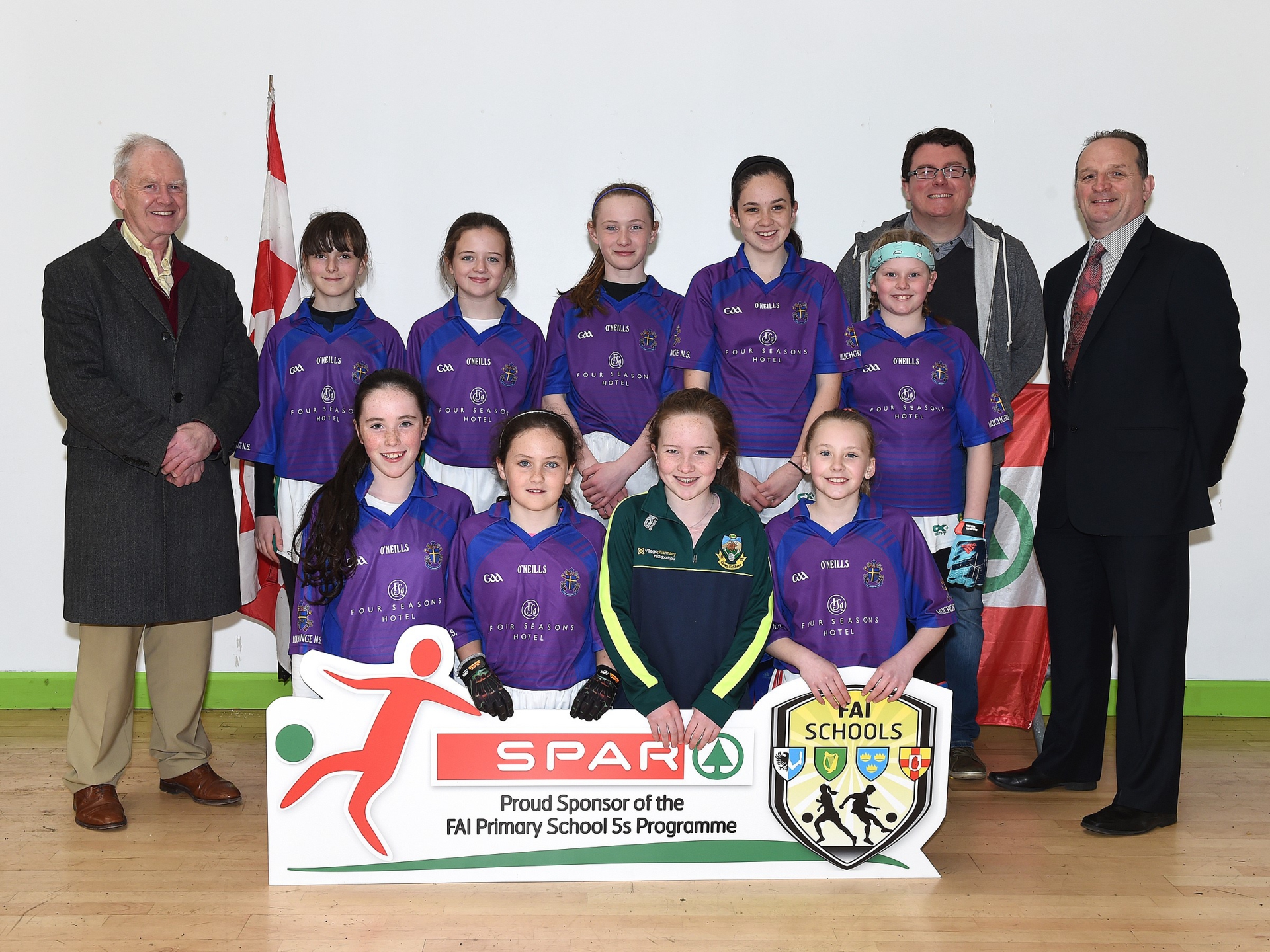 The Girls ‘A’, ‘B’ and ‘C’ Cup finals were held on 5th April in the fantastic indoor facility in Oriel where there was a fantastic atmosphere throughout the competition.

In the Girls ‘A’ Cup, for small schools, Bellurgan defeated Scoil Naomh Lorcan in a really exciting and hard fought match which ended in a victory for the Bellurgan girls

In the Girls ‘B’ Cup Final, for medium sized schools, Ballapousta sealed qualification to the next stage after they overcame a tough challenge from Callystown on a 3-1 score line 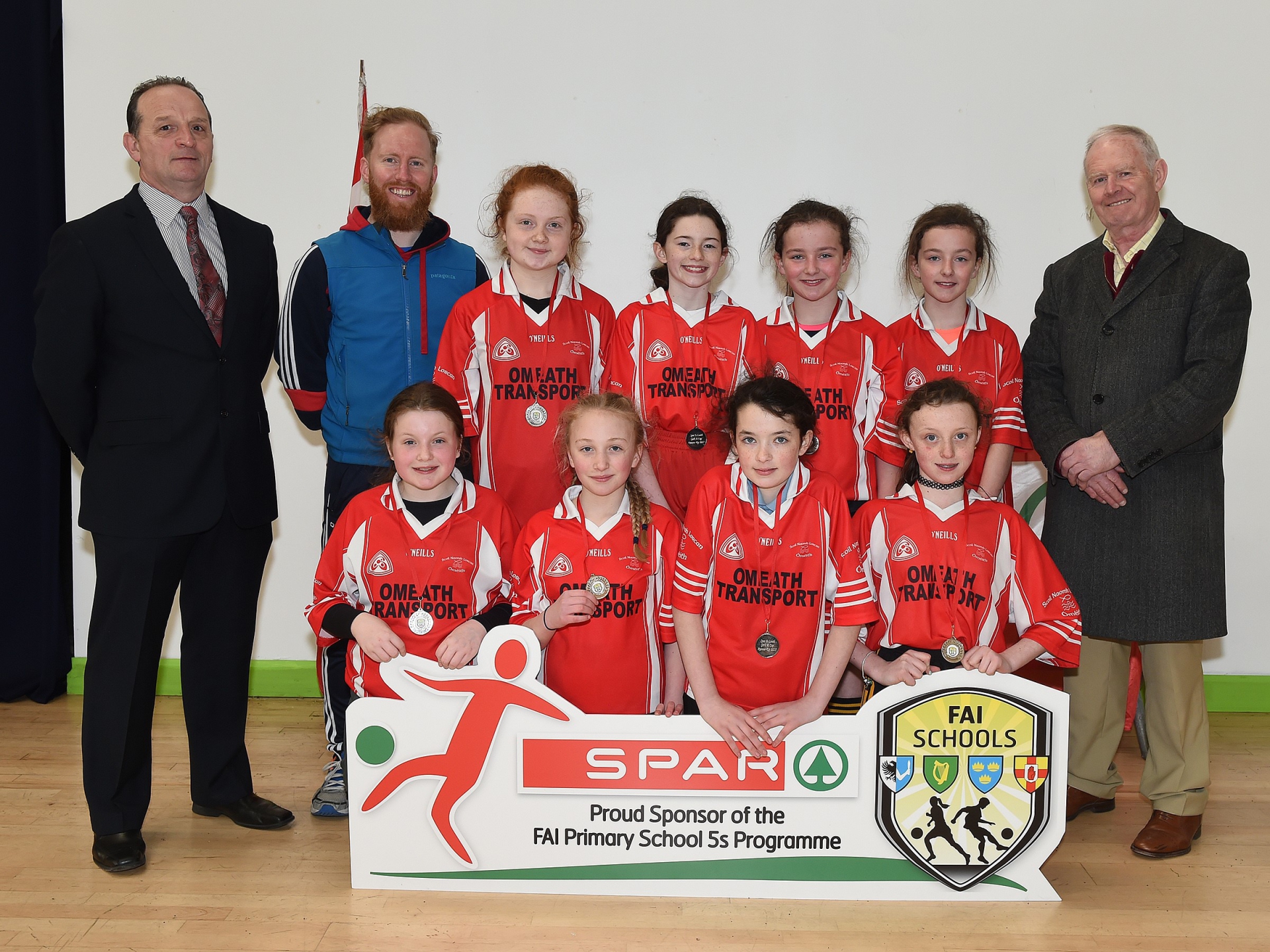 St Marys Drogheda put in a fine display against a very good Bay Estate team to progress from the Girls ‘C’ Cup division for large schools. St Marys had 4 teams across the 6 finals but the girls where the only team to qualify for the North Leinster finals proving how difficult it is to get through.