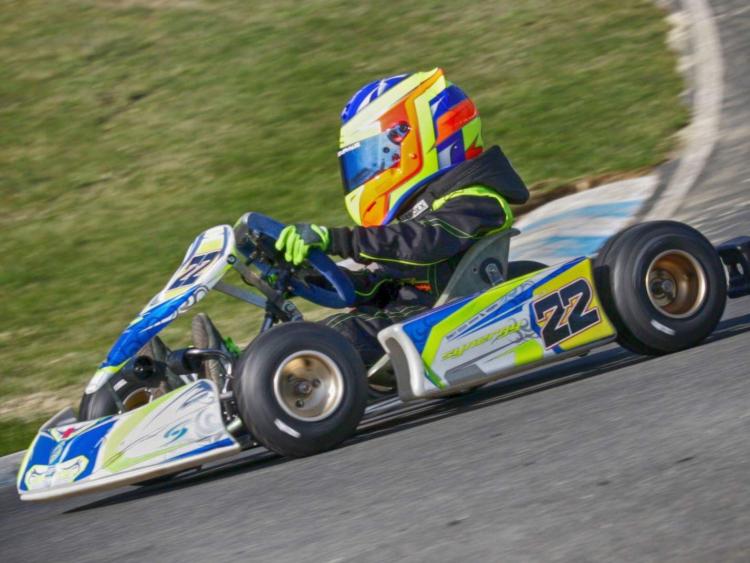 The sun was out for the first round of the Tullyallen Kart Championship, Sponsored by Gordon Automotive which took place at White River Race Circuit last week.

With over 120 plus entries on the day the paddock was full. From kids as young as five year olds preparing for a spectacular race day. The event ran smoothly and the grids were full.

With 14 kids on the grid Chad was the youngest competitor, but he made himself known throughout the day. In the first race Chad started from the back of the gird making his way up to 8th position.

In the second race Chad pulled out all stops and came over the line in 4th position. Which was an amazing result. In the final Jack Burrows, Kenzie McNally and Tadgh Buckley all rode a very tight race bumper to bumper, with Jack taking the overall win followed by Kenzie and Tadgh. Chad rode a consistent race and was picking up his lines well with taking an overall finish of 7th position from the 14 kids in the grid.

With being the youngest newcomer Chad done himself proud with mixing up well with the older and more experienced kids. Chad and his parents would like to thank his sponsors for supporting him : alphotography.ie, Vodafone, talk-to-me mobile phones and Gems embroidery.