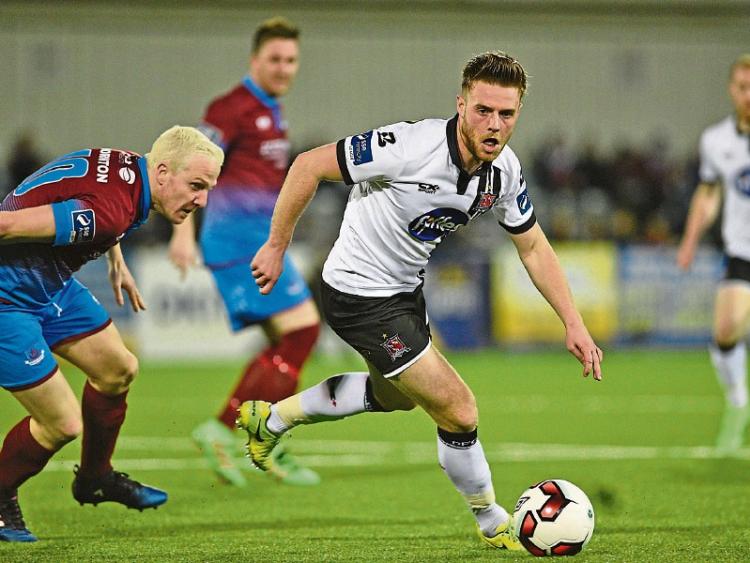 The former Celtic man was in scintillating form and was named Man of the Match with Kenny labelling the winger “off the cuff” in the aftermath of the 3-1 victory.

“Michael Duffy was terrific tonight and deservedly got man of the match,” said Kenny.

“I’m delighted for him, he showed real quality tonight and was very exciting to watch. His play was really off the cuff and he has got a lot in his armoury.

“He looks like a goal scorer as well. He’s got two (this season) and could have five or six really. He’s just been unlucky there.”

Kenny continued: “I’m delighted with the win having had a lot of players missing and some of the players playing their first game so it’s a big win.

“The seven new signings all played tonight and we haven’t had that sort of change before. We got terrific goals and I thought the players really showed their quality.

“What a cross from Dane Massey on the run after good play by Michael Duffy and a terrific header by David (McMillan) for the first goal and the second was a real team goal as well.”

The Drogheda equaliser came somewhat against the run of play and Kenny believes that it set his charges back a little heading towards half-time.

“It did set us back. We were a sort of fragile ourselves with so many changes. There were a lot of players trying to find their way so that goal made it a real contest again because we were maybe a bit too comfortable and the goal changed the dynamics of the game.

“It was edgy then at 2-1 but we had a lot of great chances at the start of the second-half and thankfully we got the third goal which settled us down.”

Despite their start being much maligned for the defeats away to Derry City and Cork City, the Lilywhites are only one point worse off at this stage of the season than they have been in two of their three title winning campaigns.

“Five wins out of seven it decent considering the games we have had but we’re still six points behind the leaders,” the Dundalk manager added.

“We could have gotten something away to Derry for sure and away to Cork a penalty makes it 1-1 and is all the difference.

“Cork are flying, they have had an exceptional run of form and they might keep going and winning every week and there’s nothing that we can do about that but we really need to focus on ourselves.

“We’re just going to have to dig in for each other and go to Ballybofey and get three points.

“Finn Harps are a good team and they were very unfortunate tonight (to lose 3-2 to Shamrock Rovers) but they have been good at home.

“We went up there in the middle of summer (last year) but it’s different now and it’ll be a tough game.”