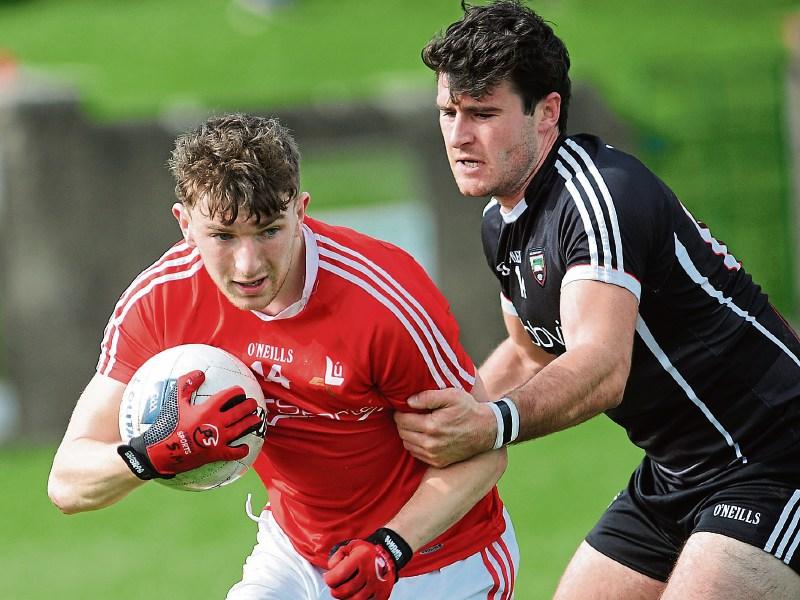 When a team is at the bottom, the only way it can go is up.

At the bottom is where Louth senior footballers surely were following relegation from Division Three, two years ago. This was new territory for a once-proud county; never before had its premier team been in the points competition's basement

When a 23-point trouncing in the championship followed just a few months after the league's dispatch papers had been signed, Colin Kelly, only a matter of months in as Aidan O'Rourke's replacement as manager, must have wondered had he done the right thing in answering a call others found deafening.

Semple Stadium is where championship humiliation was heaped upon a lamentable league campaign. July 11 was the date, and in opposition were Tipperary, who, with 3-21 on the scoreboard, were down to a trot as they crossed the line. Seven points is all that had been registered against a team that would reach the All-Ireland semi-final just over twelve months later.

Less than two years on, not only has there been a Thurles turnaround of epic proportions, the second-highest rung in the league ladder has been reached. Never before had a team representing the country's smallest county won promotion in successive seasons, all of it done with the player who remains the county's finest not being involved in the panel.

The switch from the bottom to Division Three was easily achieved, only three from a possible fourteen points being left behind. It would be much more difficult in this year's higher grade, several opined, this writer among them; a result would be retaining third tier status.

As February gave way to March there was more reason optimism than pessimism. Each of the first three matches yielded a win, and when an unbeaten record was held intact with the defeat of Antrim, even those who'd been full paid-up members of the doubters' camp began to entertain thoughts of something better than another season in Division Three.

A heavy defeat by Armagh was a reality check; maybe we'd been punching above our weight after all.

Not so. Tipp were topped in grand fashion on last Sunday week, victory guaranteeing promotion with a game to spare. And all of it done by a team managed by a gaffer new to the county scene, assisted by another rookie, Aaron Hoey, and Colin Nally, who, having won a championship medal with Newtown Blues as a player, helped the Drogheda club to a Joe Ward final as a manager.

More recently, Nally, a former goalie who won league promotion with Paddy Clarke's Louth team seventeen years ago, was on the line with St Colmcille's, steering the Meath team to county and provincial intermediate championship success and a place in the All-Ireland final.

There is so much that can be done by management, however. It's what happens on the field of play that counts most. If Kelly and his cohorts were looking for consistency, they got it from James Stewart, Bevan Duffy, Derek Maguire, Paraic Smith and Craig Lynch. Throughout this quintet delivered in fine fashion, Stewart, arguably the Louth player of the tournament, giving his finest performance against Tipperary.

Tommy Durnin struck a blow for the lower divisions of club football, and Andy McDonnell and Eoin O'Connor more than compensated for their absence at the beginning of the year, when a decent O'Byrne Cup run – ended by all-conquering Dublin in the final – told us the panel must have wintered well.

If anyone deserves a trouble-free run from injury it's Jim McEneaney - and being players of vast experience, Declan Byrne, Derek Crilly, John Bingham, Padraig Rath and Adrian Reid leave the selectors never having to send boys on a man's job.

Patrick Reilly is an old-style full-back; good in the air and happiest when he's guarding the goals; Anthony Williams has taken club form with him onto the county team, and far from feeling the affects of a lengthy club campaign that ran all the way to December, the Sean O'Mahony's championship-winning trio of Liam Dullaghan, Kurt Murphy and Conor Martin provided us with positive evidence of having thrived on it. Ruairi Moore, Ronan Holdcroft, Darren Marks, James Calliff and Darren McMahon were more than bit-players throughout a campaign that began in early January, and Joe Flanagan and Neil Gallagher were ready and able to take over between the posts had Craig Lynch been unavailable.

Louth go into Saturday's Division Three final with Tipperary knowing that regardless of how it results, a solid spring success can't be in any way diminished. The seven-match campaign wasn't flawless. There were struggles whenever there was a game to be played at Drogheda's Gaelic Grounds, like Sunday's with Sligo; but in the end there were enough points on the board to win promotion, and that's food for a hungry county.