Jim is delighted to be back despite defeat to Sligo outfit 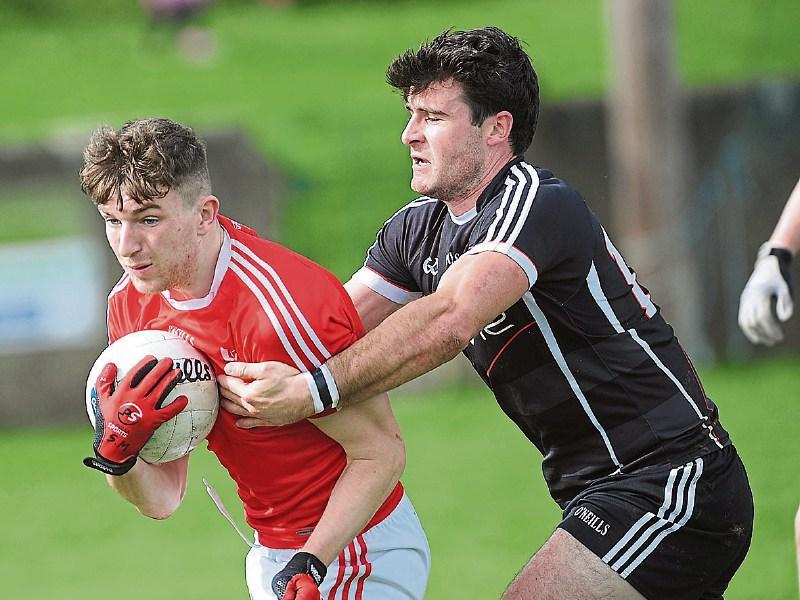 Happy to be back on the pitch, but not happy with the result was the returning Jim McEneaney’s summation of Louth’s defeat to Sligo on Sunday, WRITES DAN BANNON.

“It definitely wasn't the way we wanted to finish,” McEneaney said.

“You know we talked about trying to be as strong today as were in all the other games - maybe trying different people, but you want to be doing the same things the team been doing and working on in training and trying to just replicate what the lads have been doing,” he explained.

“We'd a lot of new faces in, we'd a couple of lads that have been playing a lot over the last couple of weeks, but you know people trying to put their hands up for next week you were always going to get lads going at full tilt, but it wasn't enough.”

It was all going so well for Louth until the mid point of the second half. McEneaney struggled to put his finger on what went awry.

“I don't really know what happened in the second half maybe we lost our shape a bit. The lads were pushing hard trying to keep it going, but it didn’t work out like that. It might have been maybe match fitness - lads haven't been playing week in week out so that may have been an issue, but at the end of the day it wasn't good enough. Pity we didn't finish it out and finish top.”

There was no one pitying his dead ball efforts on the day though, everyone seemed to go effortlessly over the bar for the Geraldine’s forward.

“You kinda keep that going on the side hoping that you'll get in and get those chances but if you are asked to step up on frees on penalties or whatever it is you that has to be ready. So I'm happy enough that happened, but overall still bit disappointed,” he added.

It would be hard not to think that the final was in their minds, however McEneaney quickly dismissed a lack of focus as a factor in the loss.

"No I don't think it was, maybe if was the same team that played last week. Them lads are preparing as much as they can for this week they'll also have an eye on next week. I know training last week was top class and the boys who took to the field today were flying. You know from the first half performance the lads were clued in, working hard, GPS stats were good so lads were doing their bit trying to put their hands up, so I don’t think there was any lack of focus."

Having beaten Armagh on final day, Tipperary will now take on Louth in this Saturday evening’s league decider and McEneaney knows exactly what Tipperary’s mindset will be.

"The shoe's on the other foot,” he knowingly explained.

“If it had to have been Armagh we would have been looking at them trying to get revenge. It is going to be the same with Tipperary, but it doesn't really matter who you are playing it is a national final in Croke Park and we'll be looking to do the same as we did last year."