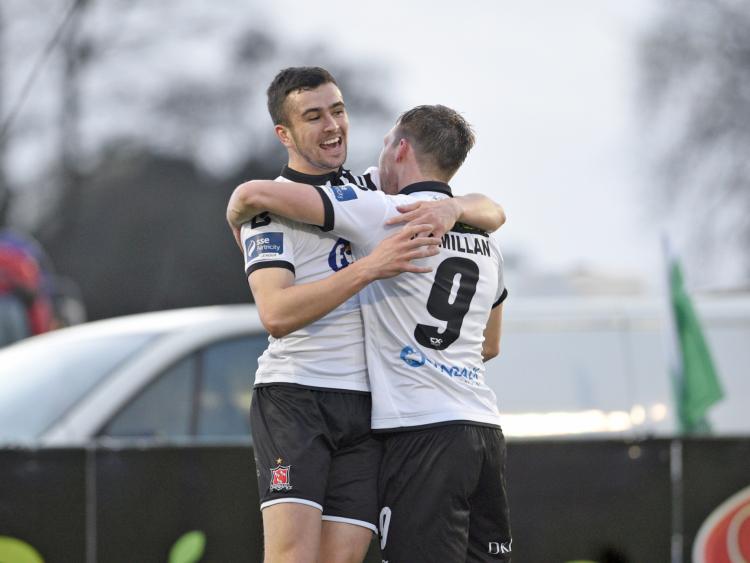 Gary Rogers feels that the Louth derby victory over Drogheda was “needed to keep pace with Cork.”

And, although the 3-1 scoreline certainly didn’t flatter Dundalk, the keeper believes his side made the game harder than is should have been.

“A derby game is always tough and we probably made it a bit tougher on ourselves,” the Meathman said post-match.

“It looked like we were going to go on and have it comfortable at 2-0 but their goal gave them a lift and they came more into it after that.

“But I think we were full value for the win as we missed a few chances in the second half.”

Drogheda’s goal on 32 minutes in brought put the game back into the melting pot for a period and Rogers feels that Dundalk back a bit.

“At the time, we were playing really well and looked like we could go on and score more goals.

“We were creating plenty of chances and just not taking them so their goal probably rocked us a little bit and gave them a bit of impetus.

“But we gathered ourselves and I know we didn’t score until they went down to ten men, but thankfully the third goal came.”

Having fielded without Stephen O’Donnell, Robbie Benson and Patrick McEleney through injury and Ciaran Kilduff through suspension, Dundalk saw Seán Gannon stretchered off midway through the second-half.

The defender suffered a medial knee ligament injury following a strong challenge by Mark Griffin but Rogers doesn’t feel that there was any malice in the incident.

“It wasn’t a really dirty challenge on Seán. In football, you’re going to pick up injuries and knocks and unfortunately we have picked up two serious enough injuries in the past few weeks so hopefully we’ll be able to rectify that.

“We mightn’t have the biggest squad but everybody is able to play and we have quality all over the squad.

“It’s disappointing that lads have picked up injuries but equally it gives others opportunities to stake a claim.

“That competition has always been here and it’s been a major part of our success because if someone is out injured, there is somebody else to step in and do the job and we’re going to need that moving forward.”

Michael Duffy played a key role in each of the Lilywhites’ three goals on Friday night and Rogers is encouraging the former Celtic prodigy to keep his good form going.

“He was excellent tonight and he’s a threat who is direct, has real pace and who’s able to go by players, and he scored a goal tonight which is great for him so hopefully he keeps up that sort of form.

“Michael was also very good last week against Cork and probably when you don’t win the game your performance doesn’t get highlighted as much, which is unfortunate I suppose.”

The Dundalk keeper also stressed the importance of being mentally prepared for next week’s game against Finn Harps.

“There’s no easy games in this league and it’s how well you deal with it every week. You have to be really focused and take each game as it comes.

“I know it’s a cliché but you really have to give everyone the respect they deserve and go about your business in a professional manner to try and get the three points every weekend and it’s the team who sustain that who will get across the line.

“The big games will look after themselves but if you can approach all the games with a good attitude every week you’ll win more than you’ll lose,” he said.