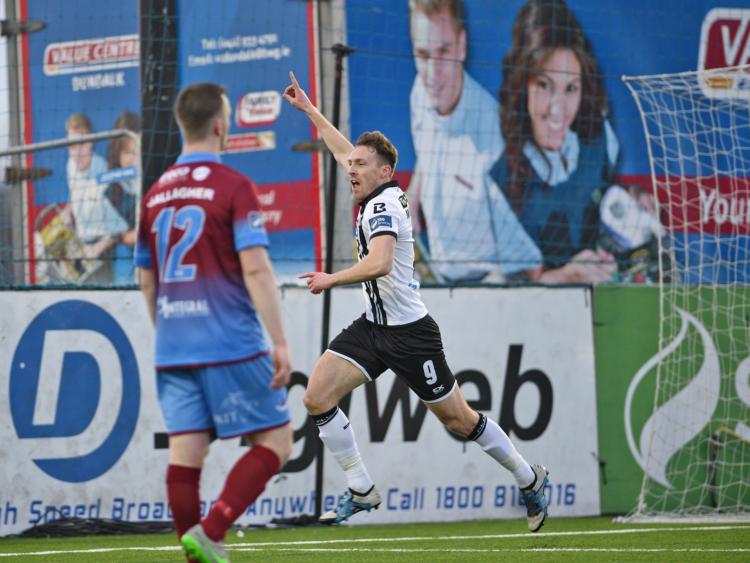 David McMillan made a memorable return to the Dundalk starting line-up on Friday night following injury with a goal and two assists.

However, it was getting 86 minutes on the pitch which pleased the frontman most.

“It’s good to get a good 80 minutes in and get match sharpness up which is what I need,” the Dundalk number nine said.

“I’m pleased to score obviously but I probably could have had another one or two.

“Last year was a good year for me personally and I want to back that up and get as many goals as I can this year, but the most important thing is helping the team and we got the three points tonight which is great.”

Coming off the back of the defeat in Cork, McMillan felt that a derby match was the ideal way to get back on track.

“It was probably a good game to have after last week. It was a derby match and everyone was up for it.

“We had a couple of niggles and injuries over the last week and I thought the lads that came in did well and to score three goals at home, we’re obviously happy and it continues our winning record here at Oriel Park.

“We had five new players in the starting team tonight. It’s a big change but they all did very well and other than the goal we conceded, we looked comfortable throughout and I thought we should have scored a couple more but it’s still a pleasing win.”