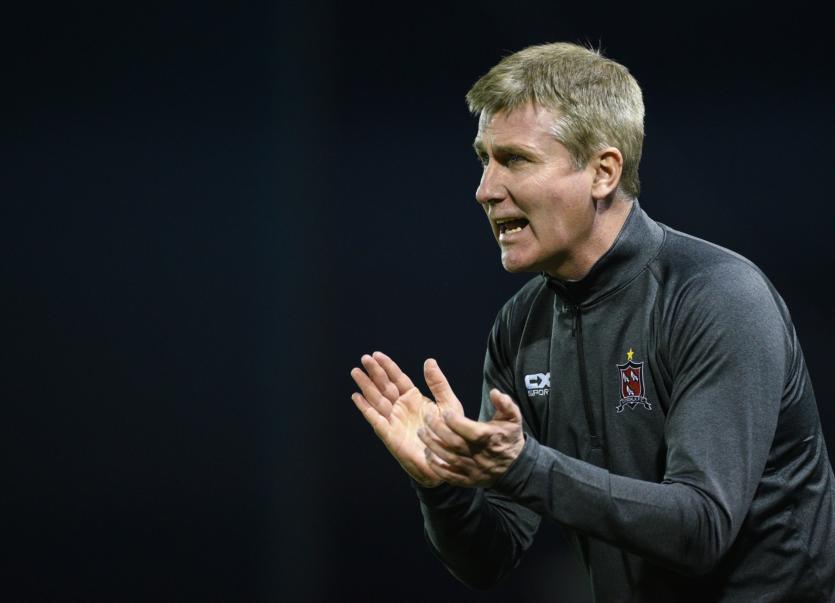 Dundalk manager Stephen Kenny has confirmed that Seán Gannon will be out for between six-to-eight weeks with the knee injury which saw him stretchered off 50 minutes into Friday night’s win over Drogheda.

“We have lost the three midfielders (Robbie) Benson, (Patrick) McEleney and (Stephen) O’Donnell through injury and now Seán Gannon tonight to a grade two medial ligament injury which will keep him out for six-to-eight weeks,” Kenny revealed.

While Gannon and Benson are out for the foreseeable future with respective knee and hamstring concerns, Kenny offered better news on Stephen O’Donnell and the returning Seán Hoare, who made his league debut in the Louth derby win, but he’s unsure regarding Patrick McEleney’s groin injury.

“I don’t know (if he will be fit) but Stephen O’Donnell is not far away and Seán Hoare is back training with the group and when he gets a week’s training under his belt he’ll be all the better for it.

“He’s had a hip injury with his time at St. Pats which reoccurred and it was his kicking muscle so he’ll be an important player now with Seán Gannon out over the next few weeks.

“We’re not sure about Patrick McEleney either. He failed a fitness test on his groin tonight,” added Kenny.