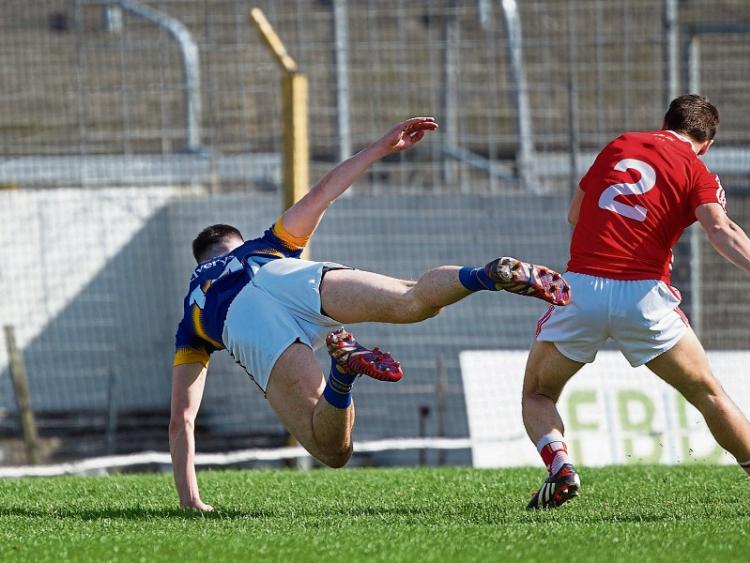 As the debate continues on the home venue best suited to Louth's chances of picking up National League points, let's take a look at the stats, provided to Inside Track by Paddy Clarke.

But first, that league win at Semple Stadium on Sunday. Who could have envisaged it, the Reds going to a ground where they'd taken a 23-point hammering less than two years ago, getting not only a result, but also promotion to Division Two?

The four-point defeat of Tipperary represents one of the best results the team has had since, say, the championship defeat of Kildare back in 2010. Last Sunday week's display against Armagh was a real downer, and it was after it that supporters were happy to settle for a retention of Division Three status, albeit still hoping a win in the final series against Sligo might be good enough earn a move up.

That match with Sligo will now be nothing more than a lap of honour, while down in the Armagh Gaelic Grounds there'll be a real dog-fight between the home county and Tipp, the winners earning promotion and a place in the final with Louth in Croke Park.

Louth were there on the same day last year, jousting with Antrim for Division Four honours. Promotion had already been won, and this represented a decent achievement for Colin Kelly, especially as the rookie manager had seen his charges nosedive to the very bottom twelve months earlier in his first campaign. The Drogheda man has has now taken a second step up the ladder in successive years, and that's a first for a Louth team boss. He deserves great credit, his panel the heartiest of congratulations.

Kelly's team, just like others of recent-year vintage, have shown their liking for the big pitch with its open spaces, and for proof you've to look no further than this campaign. Tullamore's O'Connor Park and O'Moore Park in Portlaoise are two of Leinster's finest grounds, and it was there were full points were picked up - with a fair degree of ease - in the games with Offaly and Laois.

Since it's where most of the big hurling matches are played away from Croke Park, Semple Stadium has all the room in the world for a fit and determined team - like Louth were on Sunday - to express itself, and how Kelly's men did just that in the second half, making light of having to face a strong breeze.

While Drogheda's Gaelic Grounds might have the necessary measurements, it's undulating, and just as Louth have done well elsewhere, they've struggled on their home sod, winning by just one point in the tie with Longford, by two against Antrim, before going down heavily to Armagh.

And, now, a look back over the years at Louth's record at the Gaelic Grounds and other pitches where home league games have been played.

The league was introduced in 1925, and Louth's first home game was at the Athletic Grounds. Before it closed its doors thirty four years later, this iconic Dundalk venue played host to another thirty-three of Louth's matches in the points competition. Nineteen of these ended in victory, eleven in defeat and four were drawn, representing a win strikerate of 61.7%.

That's the best for any of the twelve venues were games in the competition were played over the period of 92 years, right up to the one decided at the Gaelic Grounds on last Sunday week.

For years, home games were played at one of three grounds – the Gaelic Grounds, which was opened in 1926, Ardee, or on The Ramparts. Then when the Athletic Grounds closed to GAA games in 1959, St Brigid's Park took over as Dundalk's standard-bearer, playing host to its first county game the following year.

Drogheda has been by far the most used pitch, staging 131 fixtures. Sixty-seven of these have resulted in wins, 54 in defeats, and ten in draws a strikerate of 54.9%.

Eight of the other nine grounds have a 100% record, though in the case of half of these, only once were they chosen to play host. Castlebellingham's Grove was pressed into action in 2001, Dundalk Gaels' Pairc na nGaeil five years later, but it was as far back as 1975 when St Mochta's pitch, in Louth Village, was named for the visit of Leitrim. London came to Darver last year and left without the points.

Cooley's Fr McEvoy Park and Clan na Gael Park have a similar record, and a quite impressive one it is - none of the four games staged by both resulted in a Louth defeat. It's 42 years since the peninsula pitch last saw action, while Clans quartet of matches was spread over thirty-five years, 1971 to 2006.

McGeough Park, in Haggardstown, looked set for an extended run when its first match, in 2011, yielded a home win, and was followed by another twelve months later. However, the only time it's been considered since was whenever there was a doubt about the Gaelic Grounds being playable.

Nearby Pairc Ui Chuinnigh has the weakest record of the lot. The Knockbridge pitch held three games between 1970 and '80, but only one of them resulted in a home victory.