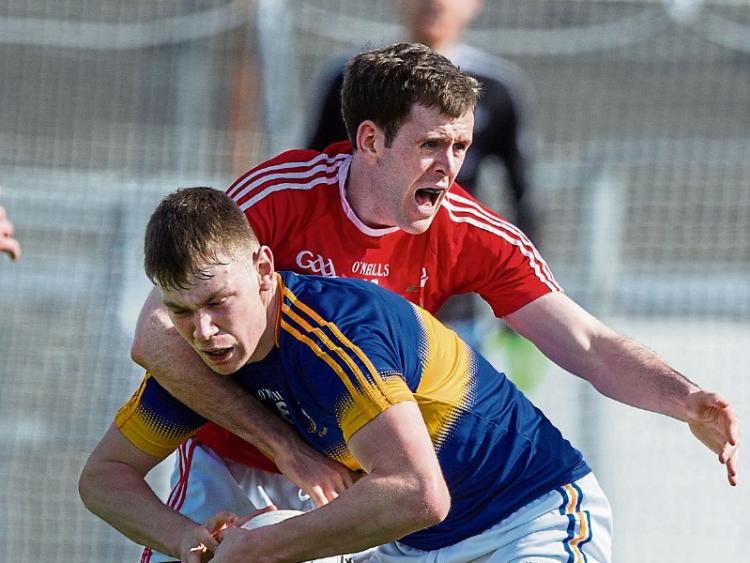 Moments after securing promotion, a breathless James Stewart was only too happy to prove the doubters wrong, writes Dan Bannon.

“No one gave us a chance from the start of the season,’ He gasped.

“I think we were favourites to go down. Each game we kept showing how good we are and each game we got stronger with the exception of last week obviously. Every year there is probably a blip in the road, but got back on track and we showed what we can really do,” he added.

Stewart alluded to the qualifier thrashing Louth received in the Thurles venue only a couple of seasons ago as a definitive motivating factor.

“That was the big motivation, what happened last time, even on our home patch in the same year when we managed to score 3-15 in the league and still didn't win the game. We had a lot of bad omens to get over and no better way to do it I suppose.”

The Dundalk Gaels wingback couldn’t find a reason for a poor first 35 minutes though, however he was glad they got an opportunity to rectify it after the interval.

“We were a bit lacklustre in the first half, no real penetration and when we did get up to final third some of our decision making wasn't great, but we fixed those at half time. We calmed ourselves down, we reassessed, we knew how good we were and we showed our true colours again,” he explained.

“In the second half we showed how good we are at taking the ball, running, keeping the ball and taking our scores. That showed in our hard work that we've put in all year. Credit to everybody on the team, everybody worked their socks off especially in the second half,” he added.

The Louth posts led a charmed life in the opening period though and Stewart pointed to Tipps missed penalty as an important moment.

“We always knew it was going to be tough coming to a big stadium like this obviously not used to it, but it was a big boost when they missed a penalty right before half time.

“That gave us a bit of a breather and confidence boost for the second half and we knew what we could do and luckily we came out and actually did it.”

The Wee County had to contend with some late changes, a couple of black cards and injuries, Stewart praised the level of strength in depth Louth now possess.

“All the subs that came on today made a big difference,” he said.

“Even leading into the game we had Ryan Burns out with a tummy bug and other boys pulling out with injuries. We didn't really even have our strongest 15 out some might say, but it just shows the depth of the squad,” he continued.

“Like when one man goes out, the quality keeps coming back in. I think that is the one big difference between Louth this year and maybe other years we just have depth in the squad and quality just coming in.”

The prospect of Division 2 football is already exciting Stewart and his youthful team mates - long and short term.

“We have the league final now to look forward to and with more competitive games it is just better for us and better preparation for championship as well. Going up to Division 2 next year there'll be a better standard and quality of team - we are only going to get better as well then.”