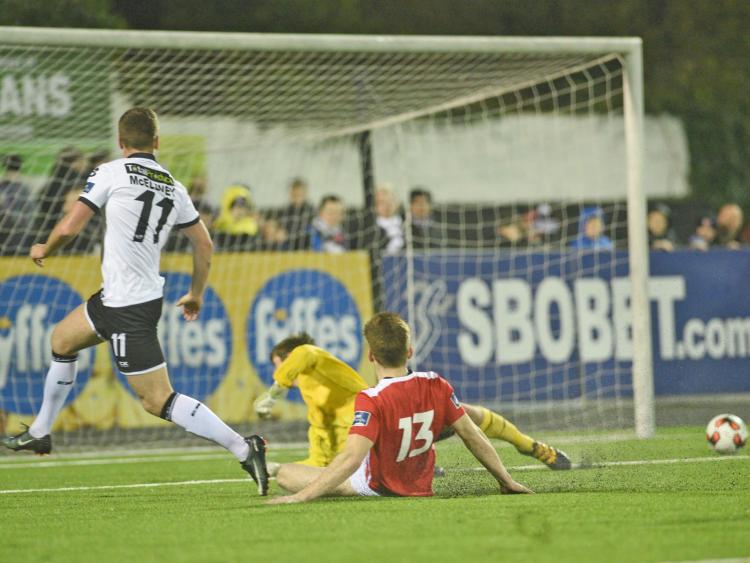 Ciaran Kilduff’s untidy 44th-minute opener will not live too long in the memory of the 2,675 in attendance but McEleney’s sensational second half brace will take some shifting.

His first goal, a mesmerising 47th-minute run that saw him slalom through a host of red shirts before lifting the ball over Conor O'Malley, was a joy to behold, leading to the ultimate compliment from his manager.

Forget El Diego. Dundalk have their very own El Patricio!

“Patrick’s got four goals in his first five games and they could be in a little competition of their own,” said Kenny.

“I’m afraid to make comparisons. We were just saying ‘who can score a goal like that?’ Messi? No, I wasn’t going to say him. Maybe the Argentinian before him.

“Patrick’s a modest lad and he needs a bit of clarity in his own head but it was goal, reminiscent of Maradona in the way he beat six players and chipped the keeper on the run.

“I don’t know of anyone else who can score a goal like that, to keep a low centre of gravity and beat the players in the way he did. It was something special.”

The victory got Dundalk back to winning ways following their 3-1 defeat to Derry City five nights earlier.

Next up for the champions is the eagerly anticipated showdown with league leaders Cork City on Saturday afternoon.

“We can go to Turner's Cross with confidence after that win and go looking to win the game,” said Kenny.

“It hasn't been as close as people have suggested,” he added. “This year it might be closer and there might be more than two teams but we would back ourselves to go and win in Cork.”