Antrim clash is pivotal to our promotion hopes says Kelly 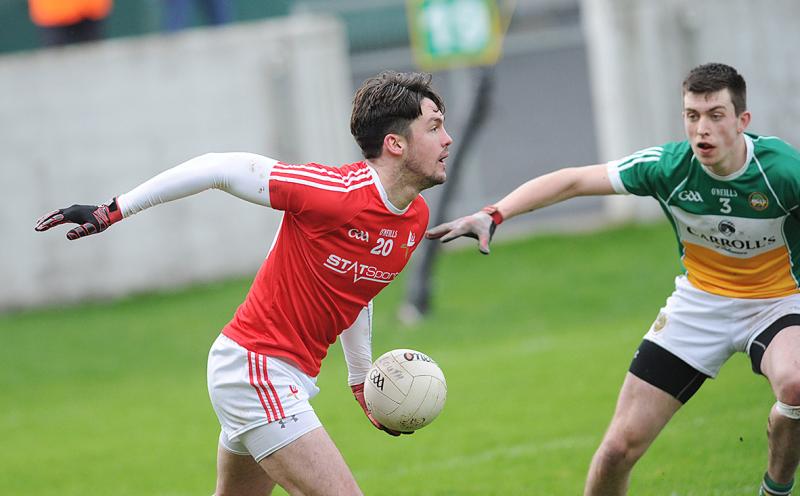 The Wee County entertain the Saffrons in Drogheda with a 100% record after three games.

Another victory would leave Kelly’s men sitting top of the pile with eight points and in a position of real authority going into the final three rounds of matches.

“A win on Sunday puts us in a serious, serious commanding position,” said Kelly after Louth’s win over Offaly in Tullamore.

“That would leave us eight points with a huge scoring average so we’re not looking any further than that.”

Louth beat Antrim in the Division Four final at Croke Park last year and Kelly feels his side will go into Sunday’s clash in Drogheda on the front foot.

“It has never been easy for Louth to beat Antrim,” he said. “People say ‘Antrim is Antrim’ but historically they were a team we didn’t beat.

“We did well against them last year, though, and there’s nothing we should be negative about going forward.

“Our lads don't really know what it is like to lose and that is a great place to be.”

Antrim recorded a one-point win over Sligo in Belfast on Sunday and Louth forward Ryan Burns is expecting a tough assignment.

“It was a good win for them,” he said. “They definitely won't be a pushover and no team in this division is going to be easily beaten.

“We know it is going to be hard in the last three games, we just have to refocus ourselves and get mentally prepared for it.”