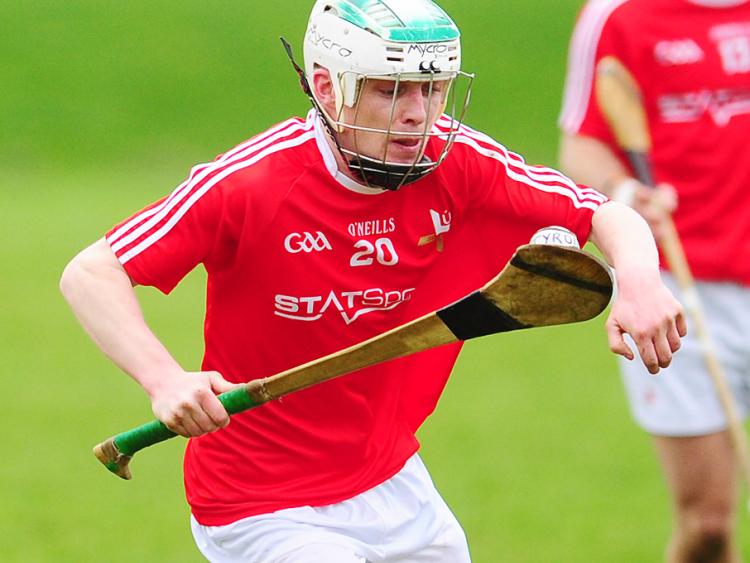 produced their best performance of the season.

The conditions certainly made an impact on this match with both sides struggling to come to terms with the blustery wind but it was the visitors who fared the better in the opening half, restricting Louth to just a solitary point as they built up a lead of eight points at the break.

One victim of storm Doris was the scoreboard at the Centre of Excellence which was blown down during the week and the second storm in as many days, storm Ewan, also forced the postponement of the other fixture in this division between Tyrone and Donegal.

Monaghan opened the scoring in the seventh minute through Fergal Rafter and they were awarded a penalty soon after but despite finding the back of the net it was disallowed by the referee as he judged the penalty taker to have crossed the 20 metre line as he stuck the sliotar.

They did, however, net the game’s opening goal on 13 minutes when corner forward Tadhg Campbell fired past goalkeeper Stephen Hackett, who was making his National League debut for the Wee County.

The visitors continued to have the better of the exchanges, scoring four further points before Louth finally managed to open their account when they were awarded a 20 metre free in the first minute of added time which Diarmuid Murphy struck over.

There was still time for Monaghan ‘keeper Hugh Byrne to fire over a long range free from his own 45 metre line to leave his side 1-6 to 0-1 ahead at half time.

It didn’t take long for Louth to account for the opening score of the second half. Andrew McCrave found Murphy with a good pass and the Naomh Moninne man fired over a good point from the right.

They added a goal through substitute Davy Mahony on 38 minutes as he soloed through to fire a low shot past the Castleblaney keeper Byrne and they were right back in the match a minute later when Paddy Lynch struck over another good point from 45 metres out, 1-6 to 1-3.

The Reds should have added to their tally, registering three successive wides, before their opponents replied with their first point of the half through a Fergal Rafter free.

Louth Seaghan Conneely wasted a good goal chance as the keeper saved his effort from close range while at the other end Tadhg Campbell added to his first half goal with a good point from play on 51 minutes.

The Wee County continued to create opportunities and Diarmuid Murphy added to his tally with a point from a 50 metre free. A minute later, Roger Maher fired over a terrific long range point from inside his own half.

Both sides had to play out the last 10 minutes of the match with 14 men when Louth’s Donal Ryan and Monaghan’s Jamie Guinan both picked up a second yellow card from the Westmeath referee.

Louth managed to cut the arrears to just two points on 63 minutes when Murphy fired over his fourth point of the match but this was answered shortly afterwards from the stick of Tadhg Campbell.

As the game entered added time, Rafter and Paddy Lynch exchanged points and a late long range point from the hard working Andrew McCrave saw Louth come up just short as Trevor Hilliard’s side held out for their third win of the campaign.

With this division being played out on a home and away basis these two teams will face each other again next Sunday afternoon in Inniskeen at .