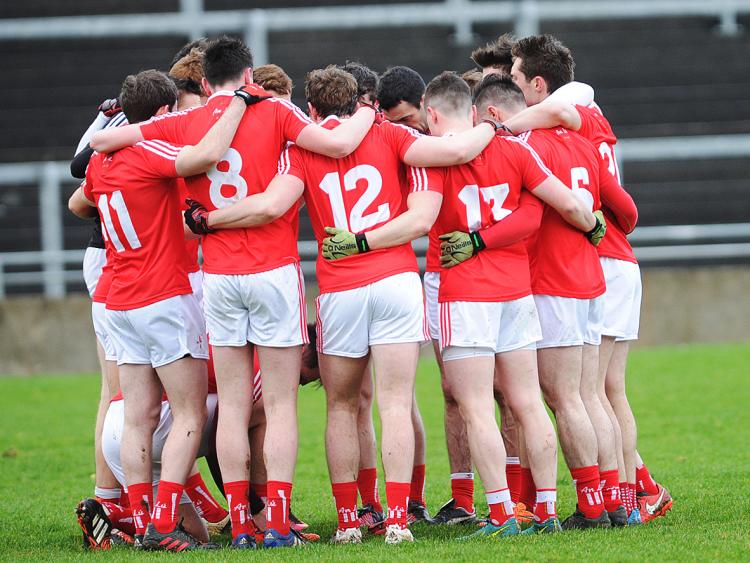 By confidently dispatching Offaly on their own patch, Colin Kelly’s Louth side maintained their 100% record and place at the top of Division Three.

The victory was Louth’s fifth over a Leinster rival this year and Kelly is beginning to take real comfort from his team’s performances.

“Today’s result was never in question for us,” he said, “and we can now probably start talking about how good the performances have been since the turn of the year.”

“Before the game, people were talking about Offaly’s home record in the National League but as I said during the week, they haven't played anyone as good as us.

“That’s just the bare facts of it,” he added. “We knew coming down here that if we did our stuff it would be good enough to get the result.”

Kelly said that Louth’s ability to build a healthy first half lead, despite playing into the wind, was a vital platform for their success.

“It was no easy task to put ourselves in the position we did,” he remarked. “I thought some of our play was excellent and some of our handling was really good in difficult situations.

“Yeah, offensively we might have turned it over a few times in good positions and didn't make as much use as we could have but overall to put ourselves in that position was a good place to be at half-time.”

With Andy McDonnell and Jim McEneaney sidelined through injury, Kelly had to utilise members of his squad and he singled out some of the players who came in and made a big contribution.

“Adrian Reid brings great experience and poise and we just felt, offensively, he might have been a better option than Conall McKeever today.

“ Byrne and Eoin O’Connor also came in and kicked four or five points between them,” he added. “ doesn't have the pace that Andy has but he has another aspect of his game, his shooting is fantastic, and I thought Eoin was excellent up top today. He has given Jim something to think about.”

Kelly said that McEneaney and McDonnell are out of Sunday’s clash with Antrim but he is hoping to have one of them back for the tussle with Armagh on March 19.

“Jim had a bad turn on his ankle and is probably a couple of weeks away while Andy had a scan on his knee and has a nick on his cartilage.

“We were given five to six weeks for it to settle down. Depending on his good of a healer he is, we could have him for the Armagh match but we definitely won't have him for Antrim on Sunday.”