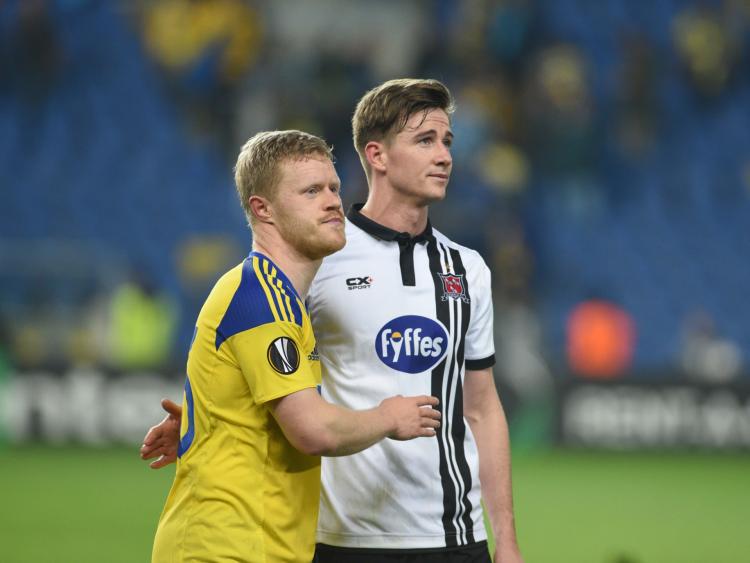 New season, new faces and, thankfully, even a new pitch at Dundalk but it’s the return of an old boy that has added even more spice to tonight’s SSE Airtricity League opener against Shamrock Rovers at Oriel Park.

When Dundalk emerged from the tunnel at the Netanya Municipal Stadium in Israel on December 8, the vast majority of Lilywhites supporters knew that it was the final time they would see Andy Boyle and Daryl Horgan wearing three birds on their chest. Very few, however, knew it was also Ronan Finn’s farewell.

The 29-year-old’s decision to move back to Rovers caught everybody on the hop - Stephen Kenny included. The Dundalk manager was actually speaking to yours truly on the morning of December 19 when he interrupted the interview to say he had to take an ‘important call’. Finn, it transpired, was on the other end of the line, ready to produce a bolt from the blue.

Kenny said he would ring me back later that afternoon but the call never came, the Dundalk boss left reeling by the news that another of the jewels in his crown had opted to head for pastures new.

The Lilywhites boss flew to the USA two days later, using the Christmas and New Year period to reflect on 2016 and ask himself if the hunger was there for another tilt at what would be a record-equalling fourth title on the spin.

He was left with a dilemma - as he admitted in an interview with Eamon Dunphy on his podcast series, The Stand. Can Dundalk repeat the heroics of last year? And can they do it without three of their established stars, Boyle the commander, Finn the engine and Horgan the magician?

Under Kenny, Dundalk have been able to cope with stars leaving in the past but 2017 represents something of a rebuild.

Darren Meenan and Michael O’Connor have taken the same route as Finn while Georgie Poynton and Ciaran O’Connor have been allowed to go on loan until July. Dean Shiels and Alan Keane, brought in to supplement a squad chasing on three fronts towards the end of last year, have also moved on, meaning that 10 players now ply their trade elsewhere.

Replacing Boyle and Horgan, in particular, is something of an impossible task but Dundalk have modified their system in recent seasons to cope with the loss of Patrick Hoban and Richie Towell.

Kenny has stated his intention to build his revamped side around the mercurial talent of Patrick McEleney while he has armed himself with plenty of wide men, including the exciting Michael Duffy, to try and provide pace and penetration.

Robbie Benson and Conor Clifford have all the attributes to assume Finn’s mantle while Chris Shields - entering his sixth season at the club - matured and grew in stature last year, especially in European competition. Stephen O’Donnell’s presence alone is also worth its weight in gold.

If question marks remain, they are very much at opposite ends of the pitch.

Gary Rogers’ calf injury has thrust Gabriel Sava back into the limelight and the Italian’s performances in pre-season against St Patrick’s CY and Cork City have done little to reassure supporters or the back four in front of him.

The composition of that back four has yet to be finalised. From the summer of 2013 on, the names of Gannon, Gartland, Boyle and Massey were intertwined with Dundalk’s success. One of the Fab Four has already left the band and it remains to be seen if Paddy Barrett, Niclas Vemmelund or Sean Hoare can slot in beside Brian Gartland and provide the stability that existed for the past three and a half years.

The solid foundation at the back was supplemented by Dundalk’s potency in attack. Since winning the title in 2014, Kenny’s side have outscored the opposition considerably each season.

However, David McMillan’s knee injury, which has blighted his pre-season, coupled with Ciaran Kilduff’s inconsistency, remains a concern. Both players did hit 23 league goals between them last season. McMillan ended with 16 of those but six of them came in a two-game period last summer when he bagged successive hat-tricks.

Thomas Stewart, a league winner with Shamrock Rovers in 2011, has arrived from Ottawa Fury but Dundalk just don’t possess a Christy Fagan or Sean Maguire type striker who can punish teams with a half chance. Kenny, though, has frequently stressed that it’s all about the collective and there is certainly enough quality and experience within the ranks to make four-in-a-row a reality.

It will be a big ask. Cork City have been snapping at Dundalk’s heels over the past three years and Rovers’ outlay on Finn shows just how much importance they place on stopping Dundalk from equalling their hallowed record from the 1980s.

If Kenny and Dundalk can do it, after the turmoil - and player turnover - during the offseason, it will surely rank as the best of the lot.