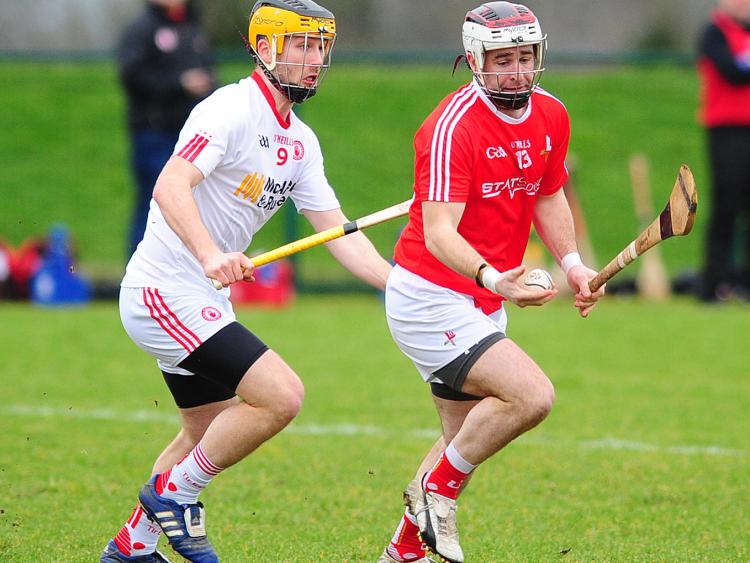 It might be just two matches into the campaign but Louth’s hurlers are already in a relegation battle following this comprehensive defeat at the hands of Tyrone in this NHL Division 3A clash played in front of a small crowd in on Sunday afternoon.

With both counties having lost their opening matches the previous weekend, a win here was imperative and it was Tyrone manager Mattie Lennon who will have gone home much the happier having watched his side find the net on five occasions over the 70 minutes. He would also have been pleased to see nine different players getting on the scoresheet in a good all round team performance.

Louth, for their part, struggled in most areas of the field with a tally of just four points from play something that will not have pleased the new management set up.

They had some good personal performances from the likes of midfielder Paddy McCormack, defenders Andrew McCrave and David Stephenson, with the experienced Diarmuid Murphy doing all that could have been asked of him by scoring eight points, all from frees.

Playing with aid of a stiff breeze it was the visitors who created the early opportunities and they had already accounted for a brace of before Damien Casey rounded off a strong solo run by firing an unstoppable shot the top right hand corner of Shane Nolan's net on three minutes.

Midfielder Dermot Begley added a point from distance a minute later before the home side opened their account when Murphy fired over a 20 metre free awarded for a foul on Davy Mahony.

The sides exchanged the next two points before Tyrone keeper John Devlin was forced into a save from close range and from the resultant clearance Conor Grogan added a good point from the right wing on 10 minutes.

Their second goal arrived a minute later, scored by Pierse O’Kelly when played in by Dermot Begley. They were soon celebrating a third goal when a by the home keeper on the goal line allowed full forward Sean Og Grogan to pounce and find the net to the despair of the keeper, 3-3 to 0-2.

Ryan McKernan extended the lead with another point before Gavin Kerrigan struck over a welcome point for Louth on 14 minutes. The home keeper then saved well to deny Conor Grogan but they were to extend their lead with next two points.

Darren O’Hanrahan grabbed Louth's fourth point of the half on 30 minutes and in those last few minutes before the break Damien Casey and Diarmuid Murphy exchanged pointed frees as Tyrone went in at the break leading 3-7 to 0-5.

The home side struck first on the resumption when Murphy fired over a 50 metre free, awarded for a foul on Shane Callan on 38 minutes. They wasted a terrific goal chance a minute later when O’Hanrahan failed to get the vital touch from close range before Callan struck over a good point from the right wing, 3-7 to 0-7.

Damien Casey responded with his side’s first score of the half, pointing from a 35 metre free, and he restored Tyrone’s lead by adding another three minutes later, direct from a sideline cut from the right hand .

Goal number four arrived on 45 minutes when Duibhir Marshall soloed through to score and direct from a poorly struck resultant puck out Conor Grogan struck over his second point of the match.

After Tyrone had added point number 11 it was Louth who accounted for the next three points. A brace of long range frees from Murphy was added to by a good score from the hard working Seaghan Conneely on 60 minutes, 4-11 to 0-10.

The sides shared the next four points and after defender Morgan stuck over a terrific score from distance his side got through for a fifth goal on 67 minutes.

Pierse O'Kelly worked his way in from the end line before passing to Sean Og Grogan who finished to the net from close range with aplomb. Substitute Justin Kelly struck over his side’s last score of the encounter in the first minute of added time.

Louth were denied a consolation goal by substitute Gerard Smyth thanks to a terrific double save, firstly from keeper Devlin, and then Brendan Begley from the rebound.

Diarmuid Murphy fired over a late free but it was Tyrone who greeted the referee’s final whistle happy that they had collected the two points on offer ahead of their clash with Donegal next weekend.

Another difficult challenge awaits the Reds next Sunday afternoon in round three when table toppers Monaghan are the visitors to at .