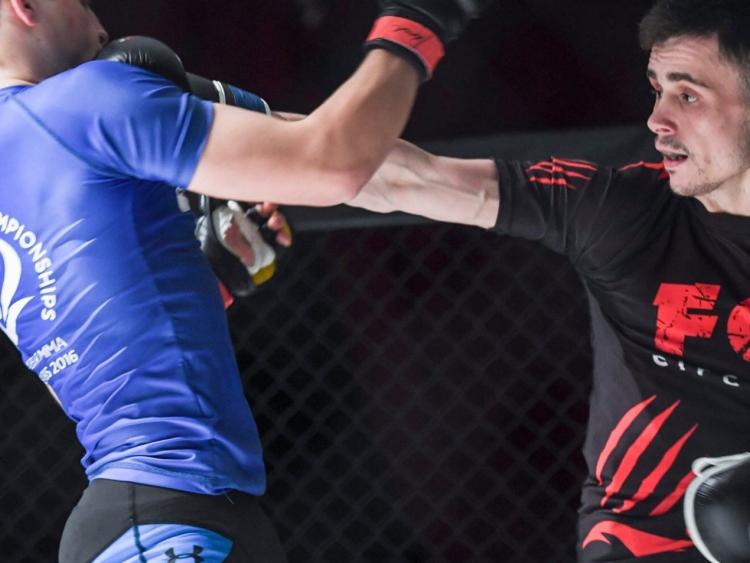 Sanda MMA’s Darren O'Brien enjoyed quite a night at the Cage Legacy Fighting Championship recently, defeating Drogheda's Daryl Clarke via TKO stoppage in the first round of their Bantamweight #1 contender bout.

The crowd were on their feet throughout the battle of these two exciting prospects. Darren turned up the heat late in the first round and finished his opponent by TKO stoppage.

This was regarded a huge victory for the Dundalk man and will give Darren the opportunity to fight for the CLFC Bantamweight title later this year. His next mission is the IMMAF European MMA Championships in Bulgaria in April.

The future looks bright for this rising star from Team Sanda MMA Dundalk. He is a great inspiration for the rest of his teammates.

Based in Dundalk Combat Academy, Team Sanda MMA, were the Irish junior combat team of the year with 93 wins, 16 losses and three draws in 2016 and are considered to be the most active combat team in Ireland.