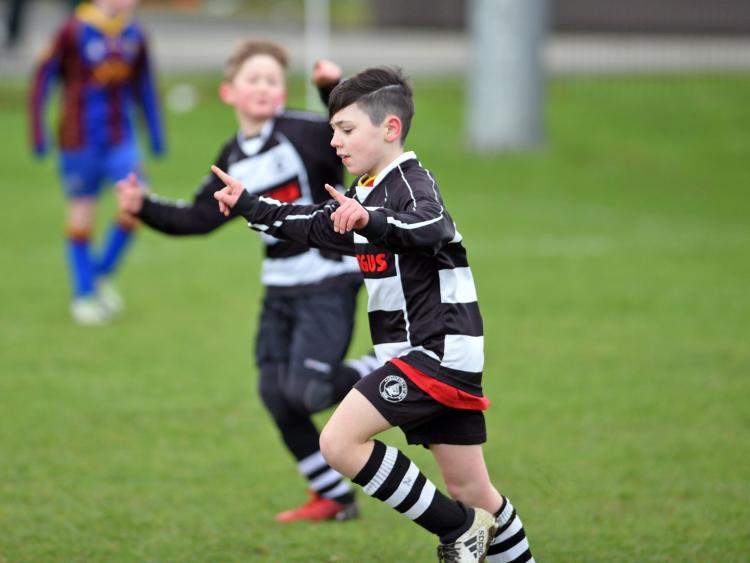 It was a Saturday morning for hats, gloves and scarves as the bitterly cold conditions prevailed at Clancy Park for this U11 clash.

Quay Olympic started the game in a dominant mood, attacking the Redeemer goal with early shots from Tom Devenney, Shane Quinn and Evan Cole. A Redeemer break saw Adam Smartt pull off a fine save from Jason McCartney to keep the score level in the early exchanges.

Quay continued to press and the deadlock was soon broken with a run down the left wing by Cillian Lavery, cutting the ball back for Ellis O’Connell to open the scoring.

With Quay pressing down each wing - and helped by the advantage of the gale force wind - they doubled their lead with a stunning effort from Shane Quinn.

Quay hungry for more goals as they attacked in numbers but were left frustrated by Sophie Grey who produced several heroic and outstanding saves.

At the other end, Redeemer’s best chance of the half fell to Jason McCartney but his low shot was saved by Adam Smartt and Tom Devenney then scored goal number three for the home side on the stroke of .

Redeemer made changes at the break with Jordan Hutchinson replacing Sophie Grey between the posts and he produced a magnificent save from Tom Devenney in the first action of the second half.

With Quay on top, the unstoppable Conor McKeown picked up the ball just outside the penalty area before firing low the corner of the Redeemer net to claim the fourth goal of the game and it was soon five when Evan Cole pounced to score from close range.