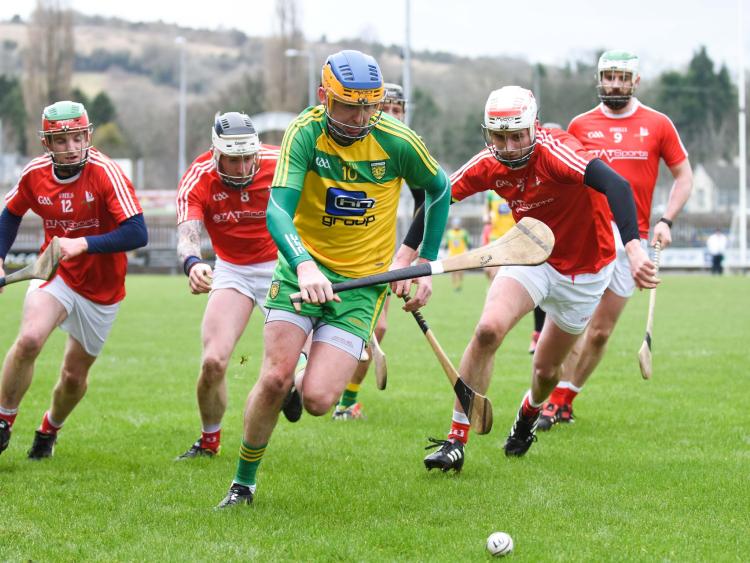 Louth’s Allianz National Hurling League Division 3A season got off to a disappointing start as they slumped to a 13-point defeat against Donegal at O’Donnell Park on Sunday afternoon.

The hosts may have been relegated from Division 2B last year but their experience of operating at the higher grade shone through by the time referee Aidan Ferguson brought proceedings to a halt.

Donegal also helped by the addition of players from outside of the county with former Armagh Declan Coulter ending the game with five points to his name while former Tipperary intermediate player Davin Flynn posted four.

Louth on the back foot right from the off and first half goals from Cathal Doherty and Kevin Campbell had Donegal in front, 2-6 to 0-11 at half-time.

Philip O’Brien and Ken McKenna’s side briefly hit the front, 1-11 to 2-7, for a short period at the start of the second half when Connolly struck for their goal eight minutes into the new half.

And they made a game of it for the next 10 minutes as they twice edged back in front after Donegal had drawn level.

However, Murphy’s point that tied up the game at the start of the fourth quarter on 2-10 to 1-13 heralded the start of a Donegal onslaught that saw the locals reel off seven unanswered points in the space of nine minutes.

That gave them a commanding 2-17 to 1-13 lead and Donegal hit six more in the closing stages to run out convincing winners.