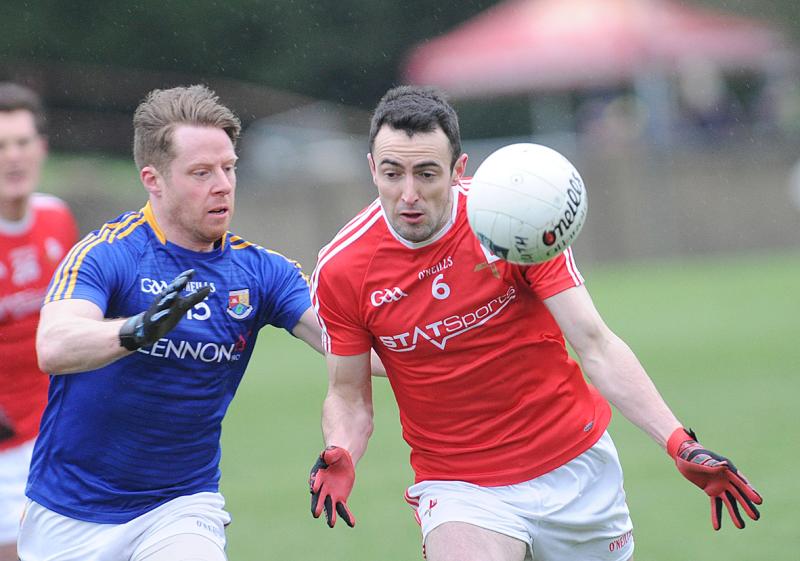 Daniel Bannon at The Gaelic Grounds

Louth maintained their winning start to life in Division Three with a slender one-point win over Longford at a blustery Gaelic Grounds on Sunday.

There were tales of deception in both punctuating acts - the winning margin and final whistle - that are in need of clarification.

Referee Niall McKenna informed the sideline that three additional minutes were to be played but four minutes of injury time was announced and shown on the board for everyone to see.

However, McKenna, as is his remit as the man in charge, played a little over three minutes before bringing proceedings to a halt. Cue Longford frustration.

A simple lack of communication with the game drawing to a close had complicated consequences for the Midlanders, who at that stage had all the momentum.

Louth, on the other hand, should never have left it so tight going into the home straight, such was their dominance all afternoon.

Ryan Burns’ accuracy from situations is a huge asset to Louth, especially in tough conditions like Sunday when scores were hard to come by.

The Hunterstown youngster settled the home side down with three frees in a row, using the wind to his advantage with his third in particular. Paraic Smith then extended the lead to four after a Kevin Carr goal chance struck the post.

Robbie Smyth was a huge doubt before the game for Longford but he was deemed fit to play and opened the visitor's account with a free.

Louth’s defence, in combination with the wind, was a bastion of meanness, continually demoralising Longford who in some instances couldn’t even muster a shot at the posts.

At the other end, Burns collected a short effort by Derek Maguire to point from play. A Smyth free kept Longford in touch before Bevan Duffy profited from a turnover in the centre of the Longford defence.

Sweeper Derek Maguire then went on a wonderful solo run and finished with the conviction of a Louth side well on top.

Somewhat misleadingly, Smyth ended the half with a free to leave only four points between the sides, 0-7 to 0-3.

Ironically, a dubious call from the referee started the second half, McKenna awarding a free to Smyth, who duly obliged to cut the deficit to three.

Louth, however, hit two in response with Westerns midfielder Tommy Durnin continuing his run of fine recent form by thumping over a score, followed by a Jim McEneaney effort from close range after a penetrating Maguire run.

Longford substitute Brian Farrell was left in space long enough to score their first point from play in the 47th minute.

A quick free, after some quick thinking, found Andy McDonnell close enough to the posts to fire over before Smyth and Burns swapped frees. Burns’ score in the 56th minute would prove to be Louth’s final one of the afternoon.

As the hosts relied on their defence to see the game out Longford began to find confidence - and their ability to shoot again.

With the wind at his back, Padraig McCormack scored prior to the deadly Smyth’s first from play.

In the midst of the Longford onslaught, Louth spurned some chances too with Maguire striking the crossbar with an effort that would have calmed the nerves of those rooting for the Reds.

The tension was palpable as Smyth and Sean McCormack tagged on frees to leave just the minimum between the sides but Longford’s hopes were extinguished when McKenna brought the game to a dramatic - and premature - finale.