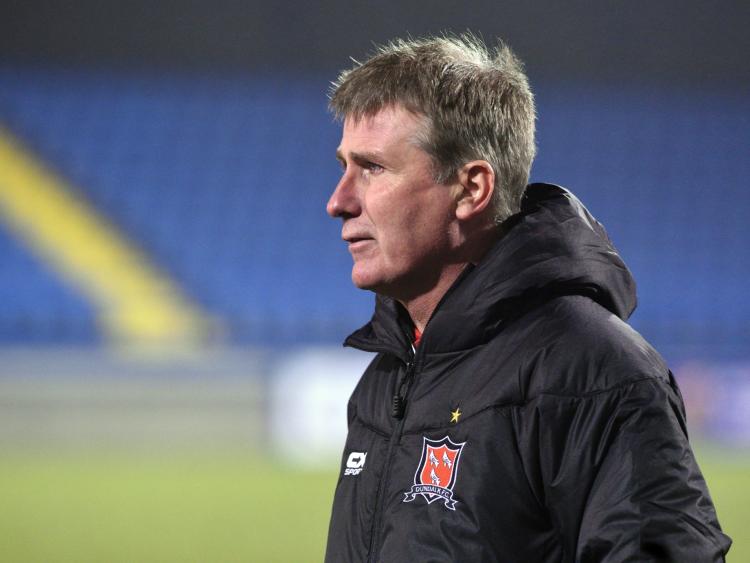 Stephen Kenny admits he had a decision to make at the end of last year whether to remain in the hot seat at Oriel Park.

Speaking on Eamon Dunphy’s podcast, The Stand, Kenny revealed that the success of 2016 prompted him to ponder his future with the Lilywhites.

“I had a dilemma at the end of the season,” said Kenny. “You look at Pep Guardiola and his mantra is that four years is long enough at a club.

“You’re thinking the players have heard your voice for four years and they don’t want a fifth. That’s the modern thinking. I know we’ve had Arsene Wenger and Alex Ferguson but apart from those two, four years has been the thing.

“Last year was my fourth and many people would have felt it was the time to get out. We qualified for the Europa League, we won three-in-a-row. How can you get any better than that?

“I had to sit down and reflect and to see what’s next and I made a decision,” he continued. “Last season we qualified for the Europa League and I want more of that. I want more of those nights.

“I’d love to have people coming regularly to the Aviva Stadium for European matches and to be the manager of the team playing there in the Champions League.

“That would be amazing,” he added. “To qualify for the Europa League again would be an amazing thing to do. Those are things that we can do again at Dundalk.”

Dundalk rounded off their Spanish training camp with a 6-0 win over CF in Salou on Monday afternoon.

Ciaran Kilduff hit a brace while new boys Sean Hoare and Michael Duffy, along with John Mountney and Patrick McEleney were all on target.

Goalkeeper Gary Rogers made his return from a calf injury, playing the full 90 minutes.