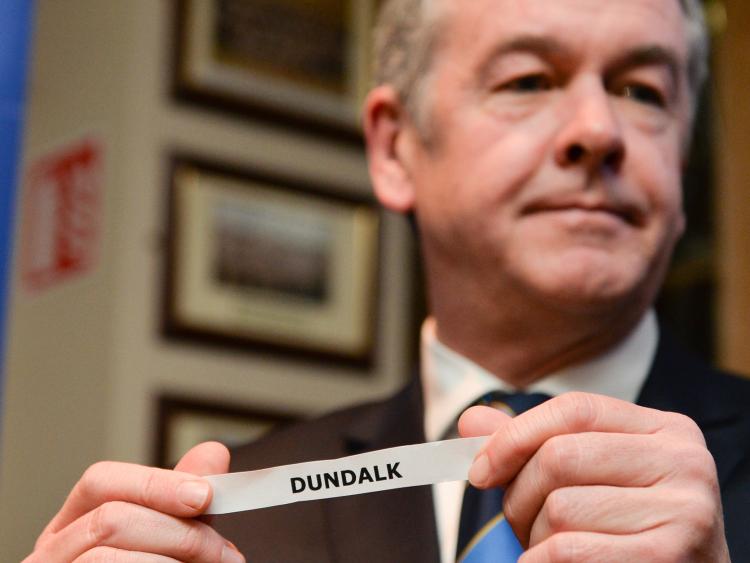 Dundalk made the long trip to Carlow to face the hosts in the opening round of this year’s Towns Cup.

Carlow, who were once one of the top team’s in the country, now ply their trade in the Leinster League Division 2A so Dundalk went into the game as favourites to advance to the second round.

Coming off the back of their league defeat to rivals Ashbourne, Dundalk needed to start the game in an aggressive manner and they did just that.

From kick off, the visitors showed no mercy and kept Carlow pinned in their own half.

The wet and windy conditions and pitch didn't allow Dundalk to show off their fast game initially but with the line-outs and mauls pushing Carlow further and further back, the Mill Road side began to make inroads.

The first of five tries came when Laurence Steen crossed the line before replacement Ciaran Brannigan and Jonathan Williams added two more to give Dundalk a 20-0 lead at the interval.

The rain stopped in time for the second half and some lapses in the Dundalk defence allowed Carlow to get back into it, 20-10 with 20 minutes left on the clock.

Dundalk, however, found an extra gear and when two more tries from Steen and former Towns Cup winning captain, Stephen McGee, were followed up by successful conversions by Gearoid McDonald, the scoreline looked a bit more emphatic at full-time, reading 37-10.

Next up for Dundalk is a second round tie with bitter rivals Enniscorthy at the Mill Road on Sunday, February 19. All support is welcome with kick-off at .

Elsewhere, Dundalk 2nds will travel to Dublin this weekend for a replay after their Towns Cup tie with Swords ended 20-20 after extra-time.