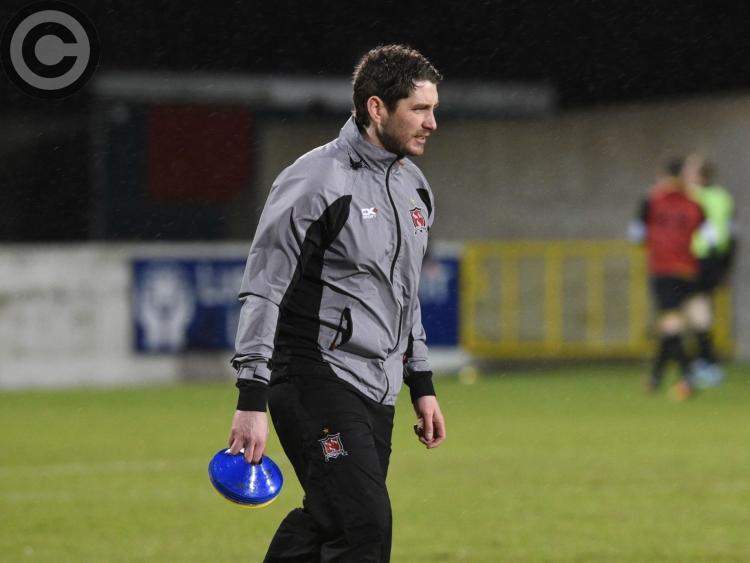 Dundalk manager Stephen Kenny feels that Ruaidhri Higgins will be a good addition to his coaching staff.

Higgins, who was most recently playing with Coleraine in the Danske Bank Irish Premiership, has hung up his boots to take over from Gerry Spain as Dundalk’s opposition analyst.

The Limavady man has won every League of Ireland trophy, including a league title with Dundalk in 2014, and Kenny says the 34-year-old has all the attributes needed to be a huge success.

“Ruaidhri brings something different to the role. He is currently studying for his A-License and he was involved with coaching the academy when he was at Coleraine.

“He was also Paul Hegarty’s assistant at Derry City when Paul had that spell in charge during 2015. He was helping Paul out along with playing with Coleraine. I’m not too sure if many people know that.

“He is a good coach and has a good idea of the game and he also understands the fabric of the set-up at Dundalk. He was a regular at our games even when he left the club and we think he will do a good job analysing our opponents.”