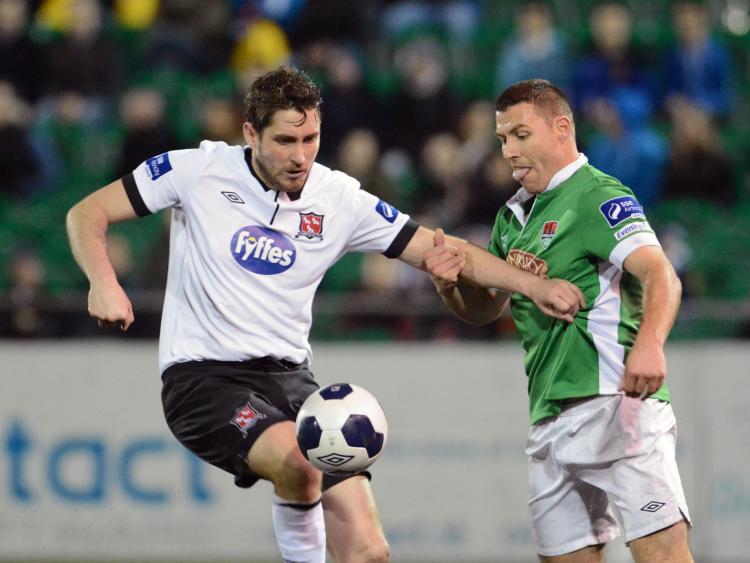 Ruaidhri Higgins in action for Dundalk against Cork City in 2014. Picture: Ciaran Culligan

He moved to Coleraine at the end of that season but left The Bannsiders last month and has agreed to fill the role left by Gerry Spain as Dundalk’s opposition analyst.

And, speaking to the club’s website, the 33-year-old said that he was delighted to be back at the club.

“It’s a privilege to be asked first and foremost. I was here when we won the first league title of the three and to come back in this role is a bit different. I am very excited about though. It is good to be back.

“When I left Dundalk I planned to play until I was 33 or 34. You never know what’s around the corner in football. I parted company with Coleraine about a month ago and I wanted something fresh.

“I wasn’t sure whether I wanted to continue playing and I decided that if I had any doubts about playing to knock it on the head.

“I was fortunate enough that Stephen offered me a very good opportunity and I am looking forward to it and I am going to give it my best.”