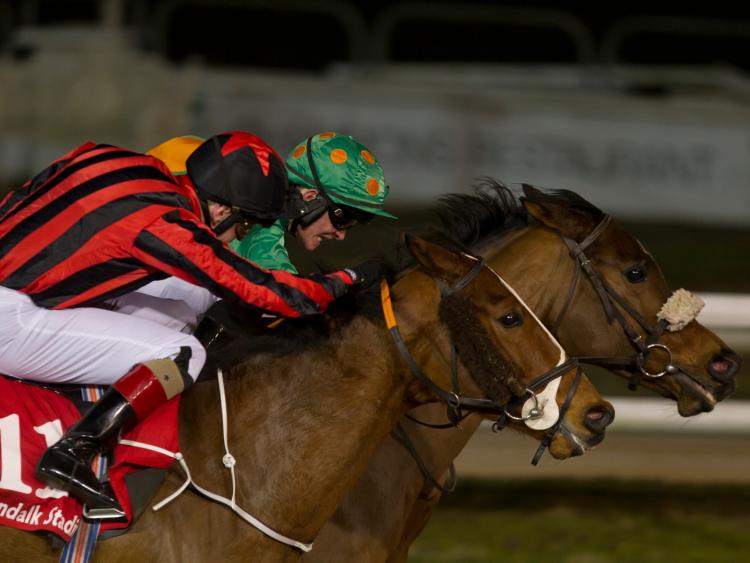 Winter Lion turned the .ie - Digital Marketing And Website Design Services Handicap into a procession under the lights at Dundalk on Friday night.

Wayne Lordan was able to dictate terms to suit himself on the 3-1 chance and with his stamina for the two-mile trip assured, began to wound up the gallop from some way out.

Venezia emerged from the pack to throw down the most serious challenge but Winter Lion never looked in any danger and crossed the line with five and a half lengths in hand.

Red Avenger (9-2) made it three victories from as many starts since moving to these shores with a taking performance in the Dundalk Racing Club Handicap.

The seven-year-old has rediscovered all of his old zest for the switch to the Damian English team and produced a telling turn of foot in the final furlong to account for The Mouse Doctor by a neck.

Time Constraints broke through at the fourth attempt in the Servisource Recruitment Maiden. Michael Halford’s colt shared second with on his previous outing and he had that one for for much of the straight here, but he showed a willing attitude for Conor Hoban and got the verdict by a length and a quarter as the 2-1 favourite.

Strategic Force brought a drought to an end with a commanding performance in the Hibernia Steel Handicap. The well-supported 6-4 favourite showed smart acceleration to take the lead at the furlong pole and careered three and a quarter lengths clear of Little Cupcake.

His jockey Denis Linehan followed up on Full Shilling (9-1) in the Ashbrook Foods Apprentice Handicap (Div 2), with the first division going to (3-1).

Toccata Blue was another to snap a bit of a losing run, sticking his neck out determinedly to justify 2-1 favouritism in the Total Produce Ireland Claiming Race.