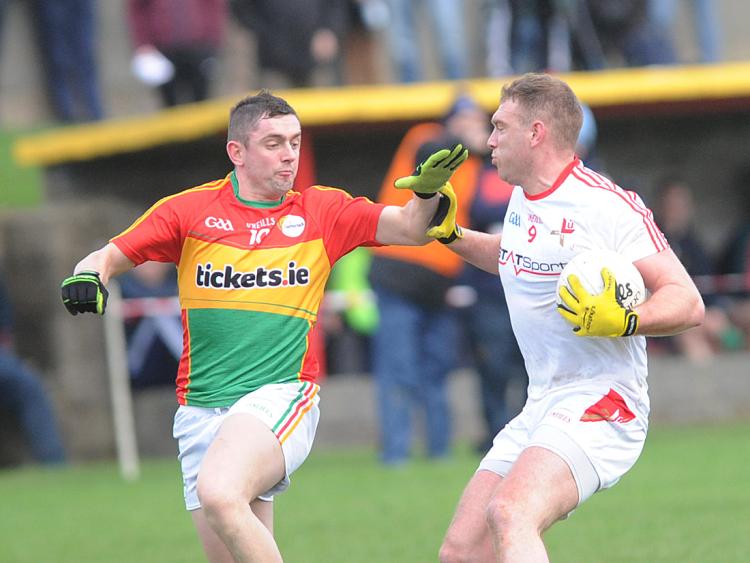 Louth's Conor Martin in action against Carlow on Sunday.

Louth manager Colin Kelly feels that his players will thrive in their O’Byrne Cup semi-final showdown with Meath in Navan this Sunday.

The Reds booked their spot in the last four with a victory over Carlow at the weekend and Kelly said that a joust with their neighbours was the ideal preparation for the upcoming National Football League campaign.

“Ultimately the O’Byrne Cup is about being ready for the National League game against Laois in Portlaoise on February 4 but anytime you play Meath the atmosphere builds up.

"When you are putting your gear into a bag on a Monday or Wednesday night like these lads are and going to in freezing cold nights training it is for these sort of ties.

“People might point to the fact that it is the O’Byrne Cup, but there will be a big crowd there,” he enthused.

“It does whet the appetite for what’s going to happen in a couple of weeks time and that rivalry and that intensity is an experience that are going to gain.

“You don't get it in group stages, you definitely don't get it in challenge matches, but next Sunday could be something to the intensity and the standard we'd expect against Laois."