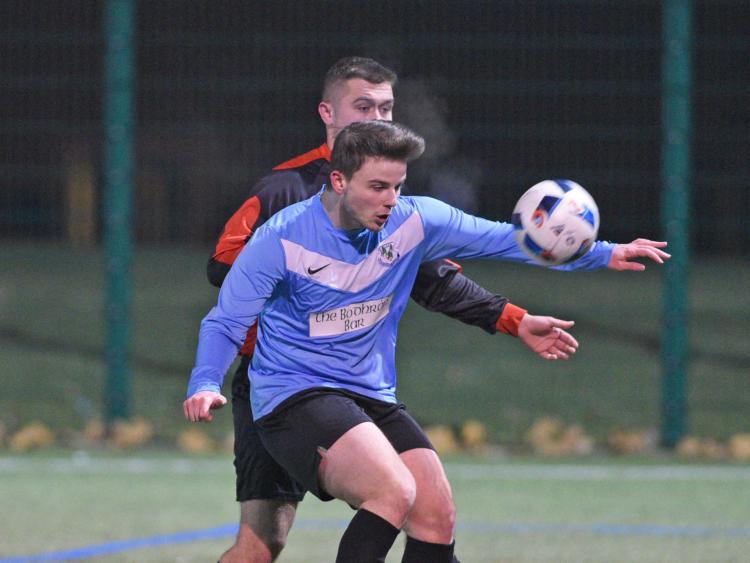 Woodview entertained bottom side Trim Town in Muirhevnamor on Friday night in what was a crucial for both sides in the ongoing relegation battle in Division One.

The home side wasted no time in stamping their authority on the match, managing to storm into the lead after just one minute.

A great long ball from centre-back Shane Taaffe found Robbie Mackin who confidently sent the ball into the far top corner with a volley.

It wasn’t long before the Dundalk side proceeded to double their lead. On the quarter of an hour mark, goalkeeper Padraig Gorham pumped a long kick out upfield which evaded the whole Trim defence.

Deane Browne managed to get himself behind the back four and he was able to slot a nice finish past the Trim keeper into the far corner.

Woodview's superiority was evident throughout the first half and they comfortably entered the break with a two-goal cushion.

Despite losing Jason Myles to injury, they continued their blistering pace in the second-half and raced into a three-goal lead within five minutes of the restart.

The in form Browne picked the ball up on the left wing before skilfully beating two players and cutting inside onto his right foot where he bent a curling effort into the far corner.

With a three-goal lead, Woodview naturally became more conservative as they began to think about seeing the game out and their back four was certainly tested in the closing minutes with Trim pulling two goals back but Padraig Gorham held strong in the Woodview goal, making a number of remarkable saves to ensure his side managed to hold on to a 3-2 victory.

This crucial result lifts Woodview out of the relegation places and up to sixth place, three points above the drop zone.